The children of terror

Participation, of course, is presented as an honour that the children have to earn, an imprimatur of belonging. 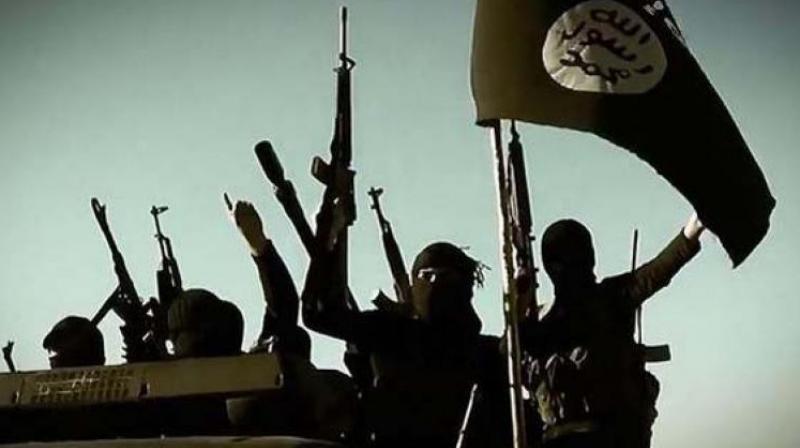 Within this tragedy lies another one. According to new research collected and published by the United Nations, nearly 33 per cent of the people captured on the mountain were children. These children were taken into IS captivity soon after to become future fighters or propaganda material. (Photo: Representational Image/AFP)

Two years ago, the forces of the so-called Islamic State Group (IS) descended upon the Shingar mountain range in north-western Iraq bordering Syria. Barren and rising up above the surrounding alluvial plains, the range, particularly Mount Shingar itself, has long been revered by populations of humans, forming the backdrop to many of history’s dramas. In the surrounding areas are some of the oldest human settlements that the world has ever known, some dating back many thousands of years.

That August was witness to tragedy. In that month, nearly 6,000 Yazidis had taken refuge on the mountain, which they consider sacred. They were running from the IS, which was bent on slaughtering them. In the eyes of the IS, this population of people, who follow an ancient religion connected to Zoroastrianism, were “infidels”. They could be slaughtered, their women and children taken as the spoils of war. That is indeed what happened that August; nearly all the Yazidi men were slaughtered, and the women and children were taken captive. Many of the women were taken as slaves, sold and exchanged between IS fighters who saw themselves entitled to use them as however they wished.

Within this tragedy lies another one. According to new research collected and published by the United Nations, nearly 33 per cent of the people captured on the mountain were children. These children were taken into IS captivity soon after to become future fighters or propaganda material. In the latter case, they could be used as props in videos and IS magazines, typifying the innocent children who are fighting, even while grown adults refuse to do so.

Nothing in the lives of these captive children actually treats them as such. According to the UN report, once children are “procured” by the IS, some taken captive in the violence on Shingar, others kidnapped, abducted, or seduced by promises of better lives, they are indoctrinated through various methods. The first amongst these is exposing the children to a huge amount of violence, such that they are desensitised to it. When the IS still controlled territory, children were encouraged to watch public executions and lashings and amputations that were carried out in public squares. Even though these are reportedly no longer taking place, videos of similar actions, including the deaths of Muslim civilians at the hands of Western fighting forces, are likely being used to the same effect. This sort of indoctrination, something the report terms “emotional reprogramming,” is central to the larger effort to make the children not only witnesses to violence but participants in it.

Participation, of course, is presented as an honour that the children have to earn, an imprimatur of belonging. To make the children want to belong, they are isolated from all other influences such that the only moral denominators that matter are those being prescribed by the adults taking care of them. This tactic was further weaponised when the IS recruited thousands of teachers and used them to indoctrinate tens of thousands of children who were studying in government-run schools.

Isolated and believing only in the ethic of violence, of branding others infidels and then visiting cruelty upon them, the children grow up fast and become pliant subjects for the next generation of militants. What the IS and other similar militant organisations do not do, war itself does. With thousands of orphans, separated families, families that have lost their means of earning a livelihood, an ongoing supply of children is made available. The supply side is hence constantly stocked with little souls who will be transformed into avaricious and merciless killers.

Childhood has already been taken away from terror’s children, their bodies and minds made available to the worst sorts of people, engaged in the most dehumanising crimes. Unless they are saved, the children will turn into terrorists, doing what was done to them to a new generation of children. If the cycle of terror is to be broken, intervention is necessary and crucial. De-radicalisation efforts require support and investment and a recognition of the fact that the “war on terror” can never be won by military and security measures alone. Beyond security operations, the need is for educational initiatives that use public forums like television and cell-phone technology to spread counter-terror narratives in ways that can be understood by children.

In Pakistan, where a similar threat looms large, the moment is ripe for the implementation of anti-terror educational materials to be included in the school curriculum. Instead of treating terrorism as an untouched subject, children must be introduced to why it has been the cause of so much pain for so many people. Children who are taught to respect and commemorate the lives of terror’s victims are far less likely to become terrorists themselves.

In Syria and Iraq, the IS seems to have been pushed back. Yet, as Pakistanis know, terror groups defeated one year are wont to reappear with new names and new leaders another year. The children that were abducted from Shingar Mountain and other places are still largely missing, their childhood gone and their bodies waiting in abeyance for a time when they can be used to fulfil the agendas of terror. Such is the fate of terror’s forgotten children.