Bureaucracy and the fascists

When the Nazis seized control in 1933, this permanent establishment formed the core of the German state. 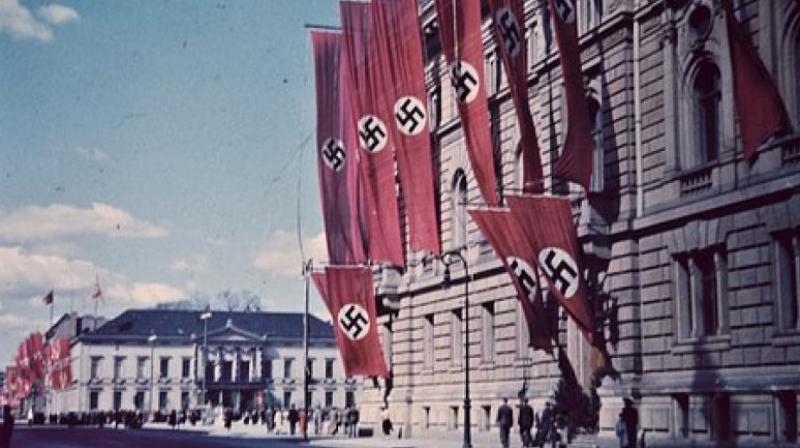 The willing participation of the bureaucracy in the Nazi criminal enterprise reached a nadir at the Wannsee Conference on January 24, 1942. In a villa in south Berlin over a sumptuous two-hour lunch laced with fine wines, Nazi apparatchiks, aided by what in the Indian parlance would be joint secretary-level officers drawn from across the German bureaucratic space, firmed up plans for the final solution to the Jewish question. The conference was the equivalent of an inter-ministerial consultation in the Indian context. (Photo:Pixabay)

The German Empire moulded by Otto von Bismarck acquired from its predecessor state Prussia an efficient permanent bureaucracy. Its employees came from both the business and professional middle classes. By the turn of the 20th century, it included all ideological shades of the German milieu — liberal, nationalist and conservative.

When the Nazis seized control in 1933, this permanent establishment formed the core of the German state. The primary objective of the Nazi ideology was the fusion of the Nazi party with the German state, thereby making them synonymous with one another. Herein lay a paradox. A majority of public officials were not members of the National Socialist German Workers Party but the option of replacing them with the former was not possible since the Nazis needed a functional administration for the conquests they were planning.

However, this conundrum did not prove difficult to surmount, for German bureaucrats were more than willing to serve even the most immoral and atrocious whims of their new masters. They achieved their desired objective of Nazification of the bureaucracy through a process of co-option of pliable officers.

The osmosis of the German establishment can put even trained contortionists to shame. March 24, 1933 onwards, when the Reichstag passed the Enabling Act, that gave Hitler executive authority without any pretence of parliamentary oversight, the German bureaucracy quickly shed even the facade of administrative neutrality. The fig leaf they created for themselves was to clothe all mala fide directives in the most ambiguous and fuzziest formulations of officialese to give them the feel and touch of legality.

The willing participation of the bureaucracy in the Nazi criminal enterprise reached a nadir at the Wannsee Conference on January 24, 1942. In a villa in south Berlin over a sumptuous two-hour lunch laced with fine wines, Nazi apparatchiks, aided by what in the Indian parlance would be joint secretary-level officers drawn from across the German bureaucratic space, firmed up plans for the final solution to the Jewish question. The conference was the equivalent of an inter-ministerial consultation in the Indian context.

The final solution involved the mass deportation of the Jewish population of Europe and the French colonies of North Africa, including Morocco, Algeria and Tunisia, to German-occupied areas in Eastern Europe, where they were to be murdered. Jews were also to be forcibly conscripted into labour camps for building roads and other projects to be worked to death.

An ordinary and nondescript bureaucrat, Adolf Eichmann, was the person tasked with the mass deportation of Jews. At his war crime trail in 1961, Hannah Arendt of the New Yorker was so befuddled by his colourless personality that she coined the phrase “banality of evil” to describe his actions.

No grandiose ambition to build a thousand-year Reich motivated Eichmann. Hannah Arendt concluded that Eichmann performed evil deeds without evil intentions — a fact connected to his thoughtlessness — a disengagement from the reality of the criminality he perpetrated in the name of carrying out orders of his political superiors.

The number of victims of the Holocaust is a yardstick of infamy. It was only accomplished through the efficiency of German bureaucracy. Only in a well-organised and highly-disciplined establishment, could such division of labour necessary to kill six million Jews, two thirds of whom were killed within a 12-month period ever take place.

Murder on such an enormous scale necessitated massive synchronisation of effort and resources between the military and civilian agencies. The German bureaucracy unwaveringly implemented this immoral remit of Nazi policy towards Jews. They were complicit in the murder of millions without ever leaving the comfort of their desks. Their rubber stamps were as deadly as any bullet or gas chamber.

The similarities between Nazi bureaucrats and the everyday variety of bureaucrats we see today are uncanny and disturbing. The parallels are frightening because their motivation more often than not originates not from any conviction in any ideology, but rather from the mundane aspiration to promote their own careers even if it involves executing the most illegal of actions.

In Italy, too, the rise of Fascism and its eventual control over the state were substantially facilitated by the Italian bureaucracy. It was in the autumn of 1920 that the Italian police started supporting the nascent Fascist movement. This encouragement alternated between docile tolerance of their strong-arm tactics to vigorous participation in their retributive missions against left-wing strongholds.

By the summer of 1922, as a Fascist political victory seemed inevitable, civil servants and law enforcement officials fell over each other to curry favour with them. They undermined the government from within.

This is demonstrated by the fact that a full-scale conflict between the then Italian government and Fascist forces did not ever take place. Prime Minister Luigi Facta, on the advice of his civil servants, rescinded an order for the promulgation of military rule, thus facilitating Mussolini being invited to become Prime Minister. As in the case of Germany, in Italy, too, the bureaucracy was motivated by a career advancement mania to sup with the Mussolini and his cohorts.

When it all ended in 1945, a large number of civil servants were sentenced to death and long prison terms in both Germany and Italy for enabling through their banality — barbarianism of another level.