Why Indira’s Emergency won’t be an issue in 2019

Whatever the temptations, the BJP and Mr Modi may not go down the Emergency road. 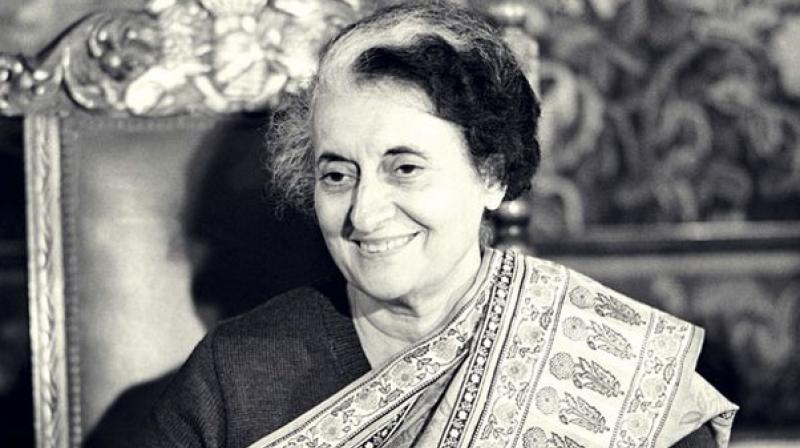 The Emergency of June 25, 1975-January 18, 1977 under Prime Minister Indira Gandhi serves the BJP as a useful stick to beat the Congress with, and BJP leaders rightly utilise the opportunity to indulge in the ritual. This year, Union minister Arun Jaitley has written a detailed blog about it, where he drew a parallel between Germany’s Nazi leader Adolf Hitler and Indira Gandhi, which was endorsed by Prime Minister Narendra Modi. Mr Modi has himself tweeted on Tuesday to mark the occasion. There was a surprising antistrophe from the Congress when the party tweeted “Modi’s undeclared Emergency” written on a background of the BJP’s lotus symbol with the tagline, “The slow poison of Modi’s undeclared Emergency”. While the drumming of the Congress’ evil deed by the BJP is not surprising, the Congress using the trope of the Emergency as evil to assail Prime Minister Modi makes for interesting tweet-conversation between the main political adversaries. And as it happens to be an election year, it marks the overtures — in musical terms — of campaign rhetoric.

The Emergency has indeed been the flavour of conversation for the past year or so in media circles because many journalists see ominous signs of authoritarianism in the style, tone and tenor of the Narendra Modi government and the BJP. There is impatience with criticism of any kind, and as did the Congress in the run-up to the Emergency of 1975, every criticism of the government and the BJP is dubbed as anti-national. Yet, BJP leaders swear by the political baptism by fire in their resistance to the 1975 Emergency and the sacrifices they made by going to prison, and in some cases enduring police torture. True to the tenets of propaganda, the BJP maintains silence over the imprisonment of leftist activists and the death of Naxalites in prison and outside. It seems BJP leaders want to counter the charge that they are adopting the ways of the Congress of the Emergency era by loudly protesting against the Congress’ original sin of imposing the Emergency.

What is of greater interest is whether those born after the Emergency — who have turned 40 last year — would be interested in the traumatic event any more. If the 2002 anti-Muslim riots and the killings following the burning of the train carrying Vishwa Hindu Parishad (VHP) activists is receding into the background, as well as the December 6, 1992 demolition of the Babri Masjid in Ayodhya by a mob of fanatical Hindus, what is the resonance of the diabolical 1975 decision to impose the Emergency? Everyone knows that politicians are blessed with selective amnesia, and each one chooses a traumatic event of his or her choice to make an argument.

Mr Modi and Mr Jaitley are surely aware that they cannot make the 1975 Emergency a poll plank for the 2019 election. What will be of greater relevance for the Lok Sabha election next summer would be the lynching of Muslims by cow vigilantes in the past four years and the sense of fear that is being created in the minds of the Muslims, the largest religious minority in the country. The government and the party can rightly claim that they have nothing to do with those sporadic acts of criminality, but public perception might be different. The BJP has not yet shed its image of being anti-religious minorities, specially being anti-Muslim and anti-Christian. The government and the party do make weak and polite gestures towards these two religious groups, but they fail to reassure. The other challenge that Prime Minister Modi and the BJP would face is the sputtering economy and the recital of dead statistics may not impress most people in the country.

It does not make much sense then for Mr Modi and his colleagues, the Congress and the liberal-secular critics of the Modi government to invoke the Emergency as a banner. The Indians of 2018 do not have much interest in the India of 1975. The past is indeed another country. Possibly then, the talk about Emergency of 1975 would remain as faint background music, while the major themes would be the problems and issues of the day.

Many in the Indian middle class still crave for the orderliness of an Emergency-type rule, and those who opposed Indira Gandhi’s dictatorial ways may yet submit to Mr Modi’s unmistakable authoritarianism and the personality cult that the party is nursing around him. But the possibility of a dictatorial regime should be ruled out in 21st century India. And this is not simple-minded optimism. India is a much too large and much too diverse a country, and the kind of homogeneity that a Hindutva-minded BJP wants to impose in the country is much too difficult to sustain. Whatever the temptations, the BJP and Mr Modi may not go down the Emergency road. But they would certainly strive to impose majoritarianism, which is a different ballgame. The ordinary Indian craves for freedom not because he or she is a high-minded liberal democrat but because there is that cussedness of temperament not to submit to authority of any kind.

The Emergency of 1975 remains an important historic event in post-Independent India, and there is need to understand it coolly and fully. There is need for dispassionate study rather than impassioned denunciation. Unfortunately, no serious scholarly debates have taken place about it. Part of the reason could be because not all the official papers of the period have been declassified yet. And, more important, we do not yet have in this country the historical temper needed to look inconvenient facts in the face and explain them with clinical scrupulosity. The Congress and the BJP, as well as the anti-Modi liberals and pro-Modi cohorts, can shout the loudest against each other, but the historian has to keep the noise out and focus only on the facts. This has not been done.

Containing a modern epidemic is possible