In a massive irony, Britain has been forced to acknowledge the heroic role of hospital staff, bus drivers, transport staff et al. 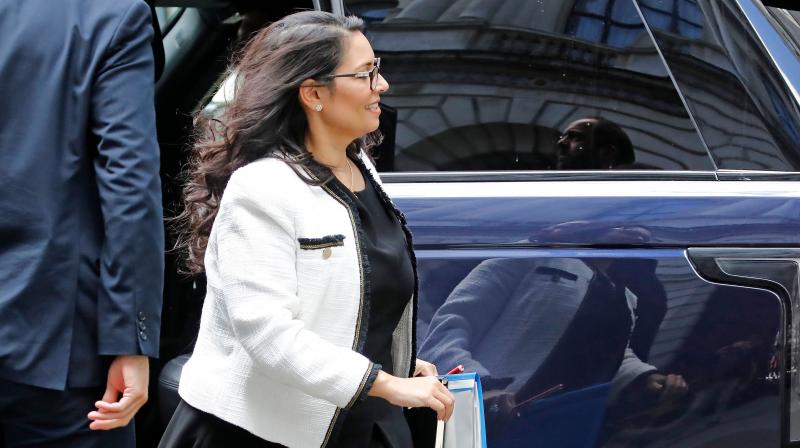 “Just a passing deal?
How much of the future will
This dire present steal?
Thoughts in idleness
Between the scribbling and the
Exercise recess
Separation leaves
Many things unstolen. (Predictive text deceives).
The classic recluse
Concludes in his solitude
Life has little use
Love is a potion
Or poison to all lovers
Dreaded devotion!
-- From Kaiku yeh Haiku? By Bachchoo

Each day a trio appears on the nation’s TV screens. In an oak-panelled room a minister and two science and health bods address the nation. The minister issues the determinations of the day on the corona crisis. These might be orders, suggestions, conclusions of the advisory committees, predictions, statistics and the current, justified or unjustified, excuses and optimism of the day. The other bods then chip in to talk about the basis of such determinations.

On a TV set facing them press-wallas appear to ask questions or to express scepticism about the statements made by the trio. They stimulate ministerial and management answers. It’s for us at home to judge the adequacy of these.

The big debate in the country is the announcement by Boris Johnson recommending or urging the opening of primary schools on June 1. The teachers’ unions, several parents’ organisations and very many Labour and even some Tory local-government councils are opposed to the move. They say, whatever the arrangements in the classroom or the playground, however separate pupils and teachers are kept from each other, there is the definite risk of Covid-19 spreading or being carried back home by both. The statistics from France, which partially reopened schools, are not encouraging. They seemed to prove the unions and sceptics have a point.

The government argues that the education of the children of the middle and upper classes will not be unduly damaged by a prolonged period of not being schooled, whereas the households in which the parents haven’t the time, the resources or the culture to initiate or enforce mind-expanding reading or creative activity will suffer a setback in their development. It seems, on the surface, an argument weighted towards compassion for the future of the poor.

The encouragement for schools to reopen may be prompted by such a concern, but it may also have something to do with the government’s desperation to get the working classes, especially those in the lowest paid sectors, back to work.

As I write, the minister for justice — nothing much to do with schools or employment — one Richard Buckland, was at the ministerial lectern admitting that very many primary schools, under pressure or orders from their local councils, will not open on June 1. Confusion and chaos — which have become characteristic of this government’s actions in this crisis.

Perhaps I missed a session, gentle reader, but I seem to have noticed that no female minister has been at the lectern for these sessions. There are female professors and medical advisors but no, for instance, Priti Patel.

In any administration the home minister is an important and key player. With the corona crisis upon us and the population being subject to very severe restrictions with the police playing a radically new enforcement role, the home office should have been at the forefront of activity and opinion. But Priti seems to have gone into, or been confined to, an absent presence.

Or perhaps it’s only a veiled one as she was allowed to appear in the other government show on TV, which is the live recording of parliamentary procedure. In these straitened times, the mother of parliaments has been reduced to the starved appearance of its stepdaughter.

Social distancing means that four or five MPs actually sit in the chamber. The other 600 or more stay at home and attend, if they choose to, by computer.

It was at one of these sessions that Ms Patel was allowed to appear on home office business to announce the launch of a post-Brexit immigration bill. This is the bit of proposed legislation that propelled this government into power, as its central point is the restriction or even banning of “free movement” of the citizens of the European Union coming to Britain to live and work. The promise that the BoJo candidates made was to implement such a ban and it was, in my humble estimation, this simple xenophobic pledge that got ex-Labour voters to support Boris, Priti and Party.

The Covid crisis has, however, cast a laser light on this proposed legislation. Priti’s bill says it will not allow anyone who hasn’t negotiated a guaranteed job, which pays more than something like £25,000 into the country. That’s a threshold which will ensure that the lower paid don’t enter Britain. The massive irony that the corona crisis has thrown up is that Britain has been forced to acknowledge that the nurses, carers in old people’s and mentally-handicapped homes, hospital staff, bus drivers and transport staff, garbage collectors and a score of other industries are heroically run by very large numbers of non-British staff on wages which fall below this Patel threshold.

BoJo himself, taken by the disease and treated back to health in St Thomas’ hospital went on TV to thank and praise two nurses, both of immigrant stock, for saving his life. On Thursdays at 8 pm the nation is asked to come out of their houses and clap and bang saucepans in an acknowledgement of the dangerous and possibly life-threatening work that nurses and doctors are doing in the National Health Service.

So, Britain celebrates the low paid and Priti Patel proposes laws to keep them out of the country. The crisis may get over and there may be other health hazards. Priti’s bill will cripple the NHS’s ability to tackle any of it. This will be the most serious consequence of this bigoted idiocy. Of course she could at the same time legislate to raise the wages of these workers to above £35,000. The Dhondy solution. Sorted!