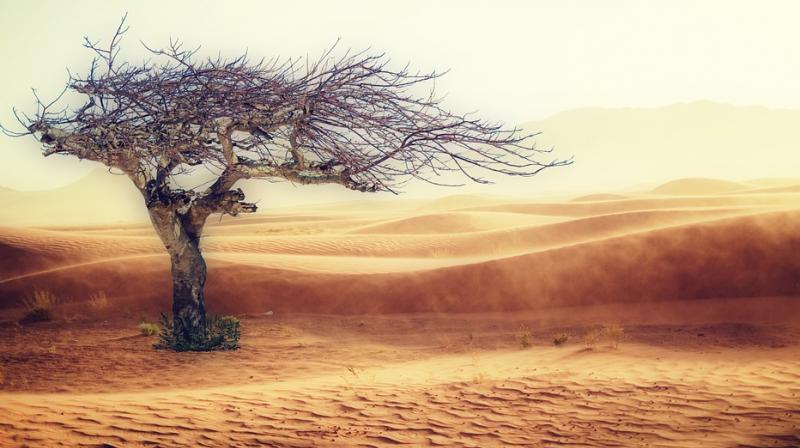 For example, between 2010 and 2015, Pakistan was ravaged by severe flooding that caused deaths in the thousands, while also contaminating freshwater sources.

The COP25 conference in Madrid last month ended without much progress in terms of coming up with either additional finances for countries battling severe effects of climate change, or an alternative carbon market. The countries present expressed only ritualistic commitment to continue working towards the goals of greenhouse gases reduction set in the previous edition of the Paris climate conference.

However, the WHO used the occasion to unveil its first-ever report on the resilience of health systems vis-a-vis climate change, The WHO Health and Climate Change Survey: Tracking Global Progress, to highlight the neglected link between health and climate change. Rising global temperature impacts social and environmental determinants of health, including clean air, potable water, sufficient food and secure shelter, increasing the global disease burden. Increased temperatures contribute to higher levels of pollens and allergens in the atmosphere while the ozone layer’s depletion contributes to higher prevalence of skin cancers. Hot weather causes dehydration; in areas where water is scarce, kidney stones and other health complications may arise.

Increased frequency of extreme weather events also contributes to the disease burden. For example, between 2010 and 2015, Pakistan was ravaged by severe flooding that caused deaths in the thousands, while also contaminating freshwater sources. Meanwhile, carbon emissions into the atmosphere also lower the nutritional density of food crops. Climate change induces drought leading to disruption of the supply and production of food items, eventually resulting in food insecurity and malnutrition. With malnutrition levels already alarmingly high in Pakistan, the government’s inaction on climate change will only exacerbate the problem. According to the WHO, the effects of climate change can cause up to 250,000 additional deaths between 2030 and 2050 by a combination of malnutrition, malaria, diarrhoeal diseases and heat stress, costing the global health sector up to $4 billion by 2030.

WHO also estimates that reducing carbon emissions in line with the 2014 Paris Agreement could save about a million lives by 2050 through action on reducing air pollution alone. But the WHO report on health systems resilience pointed to the lack of capacity and money to incorporate health-related factors into climate action strategies. The report revealed that about half the countries surveyed had developed national health and climate change strategies or plans, but less than one-fifth reported high levels of implementation. At least 10 per cent of countries cited lack of resources as the reason for not fully implementing their own national plans.

The report further stated that very few countries were able to exploit the synergies between carbon-emission-reducing and environmental contamination projects. Only 20pc countries reported clear collaboration between the health sector and other sectors involved in climate change mitigation work, eg, power generation. This means that potential health gains accruing from cutting down carbon emissions are rarely reflected in national climate strategies, with only one-fifth of Nationally Determined Contributions mentioning health in the context of emission reduction.

The WHO resilience report ends with a clarion call for prioritising health in climate change plans, stating: “For the Paris Agreement to be effective to protect people’s health, all levels of government need to prioritise building health system resilience to climate change…”.

In Pakistan, though the climate change debate is clearly headed in the right direction, in the ensuing conversation and plans the subject of health still remains elusive.