The Delhi government is busy converting posh, five-star hotels into Covid-19 hospitals in the national capital 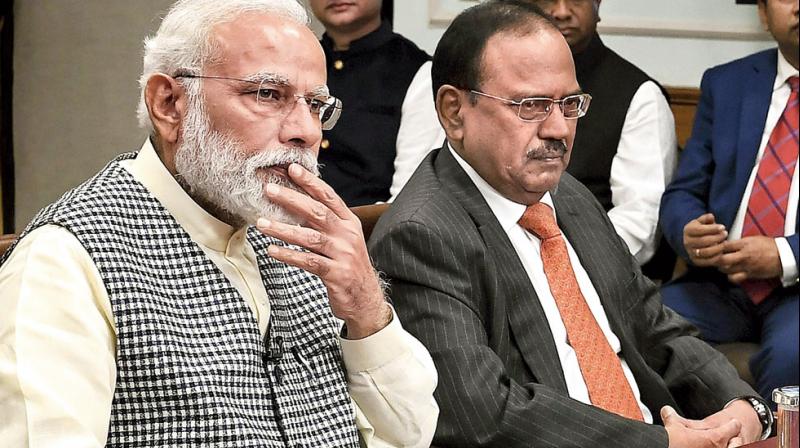 The ongoing tussle at the Line of Actual Control (LAC) with China has seen some notables missing in action, at least in terms of visibility. National Security Advisor (NSA) Ajit Doval is reportedly preoccupied with his wife’s health, while the Chief of Defence Staff (CDS), General Bipin Rawat, is also keeping a low profile.

It seems the Narendra Modi government has taken a conscious decision to keep the foreign minister and our diplomatic machinery at the forefront as the idea of a “limited action” put forward by security and military experts has not found much favour.

Ekla chalo re… the Congress is thinking of the impossible in poll-bound Bihar. The grand old party wants to go it alone. The party’s pointman and veteran IPS officer Nikhil Kumar is veering around to the view that a tie-up with Rashtriya Janata Dal is not a great idea.

Insiders say the Congress is engaged in a protracted battle for seat-sharing and is finding RJD leader Tejaswi Yadav rather tough. In a grim scenario, it is better to give a chance to party nominees and hope to cross the single digit figure than to get an alliance share barely running into double figures. Sonia Gandhi is still keen for a seat-adjustment with RJD so nothing can be ruled out.

The Delhi government is busy converting posh, five-star hotels into Covid-19 hospitals in the national capital. But many wonder if a strategy to convert hospitality hotels into hospitals will be effective.

Most hotels like Taj Mansingh, the Suryaa and the Lalit have wall-to-wall carpeting and in some instances the passages are too narrow to have nursing stations, etc. Would not it have been better to convert some of the 17 stadiums in Delhi into makeshift Covid hospitals?

Following in their steps

Is the late Arun Jaitley’s daughter Sonali contemplating joining politics? There is nothing official about it by going by Sonali’s Twitter timeline, though it is evident that the young lawyer has a deep interest in politics and like her father shares an ideological bond with the Narendra Modi-led BJP.

Informed sources say some behind-the-scene deliberations are on and something may be on the cards after Jaitley’s first death anniversary in August this year. Will Bansuri Swaraj, daughter of late Sushma Swaraj, also join the BJP?

Babus put upon The coronavirus pandemic is showing little sign of receding. Central government babus who grudgingly attend work are unhappy to be saddled with “additional work”.

They have been informally told to maintain a diary of all those who call on them or their bosses and check about their well-being at least for 14 days from the date of appointment. This is proving to be both tricky and a time-consuming assignment.

In the Supreme Court, video-conference hearings are posing their own set of problems. A common tendency is for lawyers to speak simultaneously when little can be heard. The honourable judges are said to have found a way to deal with this. A court official has been posted to signal “camera” placard to the lawyer speaking. Others are expected to remain quiet.

Jyotiraditya Scindia has finally made it to the Rajya Sabha but his troubles have not ended following his defection from the Congress.

In BJP-ruled Madhya Pradesh, Scindia figures rather insignificantly in posters that have been put up in some Assembly segments going for by-elections. Scindia’s photo appears in a corner while chief minister Shivraj Singh Chouhan, BJP general secretary Kailash Vijayvargiya and state BJP chief V.D. Sharma are depicted taller on top or in the middle of the poster, in company of Narendra Modi and Amit Shah.