Dilli Ka Babu: As mantris, babus slug it out, chief secretary is the fall guy 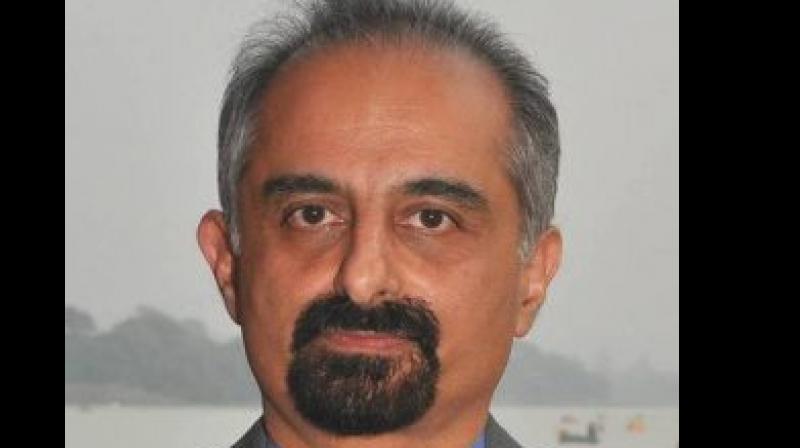 Punjab chief secretary Karan Avtar Singh is caught in a controversy that could have political repercussions. Predictably, it’s clear CM Amarinder Singh is going to let the slugfest between his colleagues and his bureaucrats slide.

The CM’s excise policy that seeks to give relief to liquor contractors has split the state Council of Ministers. The chief secretary, who is also financial commissioner (taxation) and administrative secretary of the Punjab excise department, has earned the ire of the ministers for his alleged “rude behaviour”.

A rather sensitive lot, maybe it is the corona lockdown that is causing frayed tempers being displayed in public.

During the last meeting on the issue, all the ministers walked out mid-way to protest the chief secretary’s “attitude”. Inexplicable given that we’re talking of a seasoned babu here.

Further, sources say, all ministers have resolved not to attend any cabinet meeting where Karan Avtar Singh is present. Apparently, even Amarinder Singh’s efforts to resolve the spat have not appeased his colleagues. Moreover, a party MLA has sought a probe claiming there is a government-contractor nexus in the excise department.

This has given Punjab Congress leader and Rajya Sabha MP Partap Singh Bajwa the opportunity to pepper CM Amarinder Singh with barbs disguised as pleas for transparency. Bajwa has asked that the chief secretary be either cleared of such charges or removed from his post, squarely putting the CM in an unenviable position.

The mantris may have won the round because, in the next meeting, the chief secretary proceeded on half-day leave, authorising the next senior most IAS officer, home secretary Satish Chandra, to chair the meeting. And now, bowing to pressure, Amarinder has stripped the chief secretary of his additional charge as financial commissioner (taxation).

Clearly, this is an unfortunate situation in a state that is fighting the ravages of coronavirus outbreak. A spat like this between ministers and the state chief secretary is the last thing that the CM needs. For there are signs that even as this saga unfolds, there could be more that is hidden from the public eye. And meanwhile, both revenues and victims, wilt in utter neglect.

The Haryana government has rejected the resignation of IAS officer Rani Nagar and instead recommended to the Centre that her cadre be changed to her home state Uttar Pradesh. The 2014-batch officer had resigned from service on May 4. In her letter to chief secretary Keshni Anand Arora, the officer cited “personal safety on government duty” as the reason behind her decision, and also posted the letter on her Facebook page.

In an FB post last month, she had expressed her desire to resign from the service “after the lockdown” and go back to her native place in UP. She had cited issues related to her safety. She had made news in 2018 when she accused an additional chief secretary-level officer of harassing her. According to sources, the state government had conducted an inquiry into her allegations but did not charge the officer.

Rani Nagar’s case comes close on the heels of another IAS officer Kannan Gopinathan from Kerala who had resigned from service last year but the government has refused to accept it. Instead, it has booked him for refusing to rejoin duty amid the coronavirus outbreak. Hopefully, Rani Nagar’s case will have a better ending.

There was a special passenger on the Indian Air Force (IAF) transport aircraft that flew with medical supplies to Sri Lanka recently. Besides medicines, the aircraft also took Indian Foreign Service (IFS) officer Gopal Baglay who is India’s new High Commissioner to Sri Lanka. Before his latest assignment, Baglay was a joint secretary in the Prime Minister’s Office (PMO).

Sources say that though Baglay had been appointed India’s envoy to Sri Lanka back in February, the envoy-designate was unable to take up his new assignment due to the announcement of the nationwide lockdown by the Modi sarkar. He was forced to cool his heels until this opportunity arrived when India gifted 12.5 tonnes of medical supplies to its neighbour, and Baglay hopped on for the ride.

During his career in the diplomatic service, Baglay has been India’s deputy high commissioner to Pakistan, joint secretary in-charge of Pakistan, Afghanistan and Iran, as well as spokesperson of the ministry of external affairs.