The memento, which also carried a message from PM Modi in Gujarati, had a base price of only Rs 500. 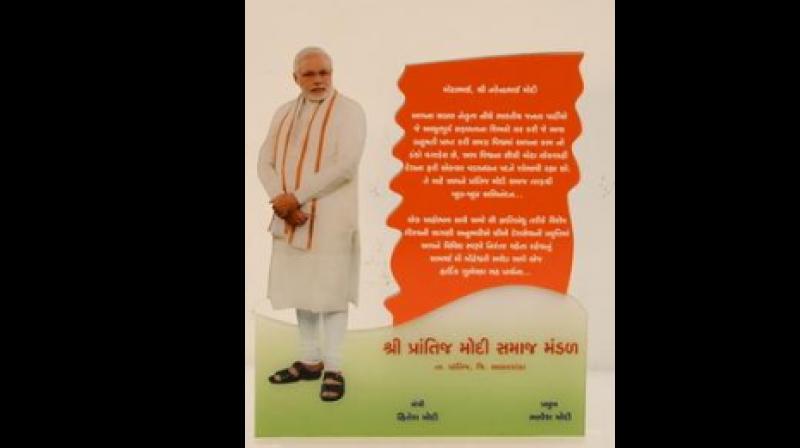 New Delhi: At the ongoing e-auction of the gifts presented to the Prime Minister during his official visits to various parts of the country in the last six months, a photo stand of Prime Minister Narendra Modi was sold for Rs 1 crore, on Monday.

Interestingly, the memento, which also carried a message from PM Modi in Gujarati, had a base price of only Rs 500, The Indian Express reported.

A silver Kalash with a coconut on top that was gifted to the Prime Minister by Gujarat Chief Minister Vijay Rupani also fetched Rs 1 crore at the e-auction. It carried a base price of Rs 18,000.

Among the gifts that sold for fairly higher amounts included a metallic sculpture of a cow feeding a calf. It received a winning bid of Rs 51 lakh against a base price of Rs 1,500.

The e-auction began on September 14 and will continue till October 3.

Daggers, pagris, paintings, shawls, and no less than a thousand portraits of Prime Minister Narendra Modi by various artists, which adorn the walls of National Gallery of Modern Art in New Delhi are among the 2,772 objects that are being auctioned.

The base price of the objects ranges from Rs 200 to Rs 2.5 lakh — that of a portrait of PM Modi on silk and gifted to him by couturier and owner of Seematti textiles, Beena Kannan.

Another portrait of the PM, done in the pichhwai style, has a base price of Rs 2 lakh. The auction is being held on an online portal designed by National Informatics Centre and is open to all.

An NGMA official said that the bids last time were many times their reserve price, but did not disclose the total amount raised. An official said a wooden replica of BMW was the most expensive memento to be sold at the e-auction, fetching Rs 5 lakh.