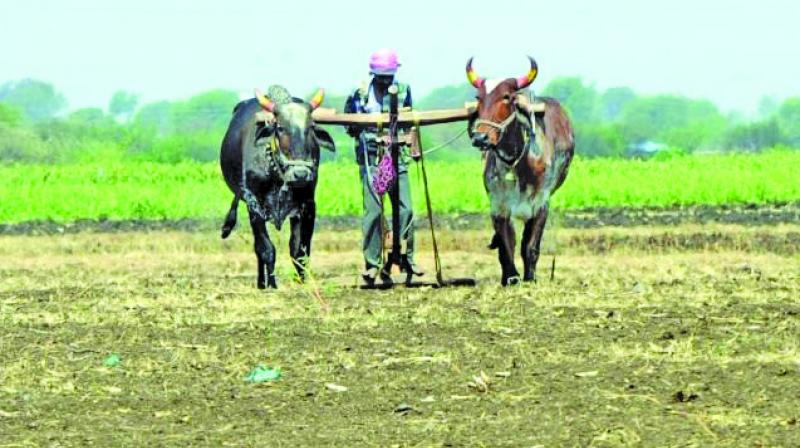 The opposition has expressed fear that this might lead to 50 per cent cuts in development schemes.

Mumbai: The Maharashtra Government has breached its upper limit of borrowing this year as its debt stock (total debt owned) reached the level of Rs 4.13 lakh crore in 2017-18. The debt stock was Rs 2.69 lakh crore during the Congress-Nationalist Congress Party regime which has doubled now.

The state has taken loans for farmers’ loan waiver, and infrastructure projects which led to the rise. At the same time, the implementation of GST has brought a little uncertainty over the state’s revenue collections.

The opposition has expressed fear that this might lead to 50 per cent cuts in development schemes.

The debt would put a burden of Rs 39,508 crore on each citizen of the state. The state will have to pay interest of Rs 28,220 crore per year.

The upper limit of the borrowing should be less than 10 per cent of the revenue collected. However, it crossed the limit in 2015-16 and reached to 13.93 per cent, the official figures from the government showed.

Revenue deficit numbers are alarming this year. The revenue deficit `3,644 crore was predicted in 2016-17 in the budget, however, the actual deficit this year would cross `14,377 crore, as per the information sought from the finance department.

In June 2017, the state government has issued a government resolution (GR) admitting that the loan borrowing has reached its outer limit and hence the departments should not consider on borrowing more.

“The departments should not have even primary talks with institutes to borrow loan for various schemes. The issues related to new borrowing will not be considered,” the GR said.

Conceding the fact, a senior official from the finance department said that the borrowing also depends on the size of an economy.

However, former chief minister Prithviraj Chavan has questioned some of the financial “blunders” by the present government.

“The financial situation of the state has worsened with many mistakes. The state government announced loan waiver of Rs 34,000 crore. In the process of implementing Goods and Services Tax (GST), the government abolished local body tax due to which it lost Rs 6,000 crore every year for next five years. This led to cut in overall development schemes by 50 per cent. The government is already seen making desperate attempts to collect revenue,” Mr Chavan said.