Mr Sharma elaborated that a total of 30 volunteers from both organisations were monitoring the site for the crocodile on a shift basis. 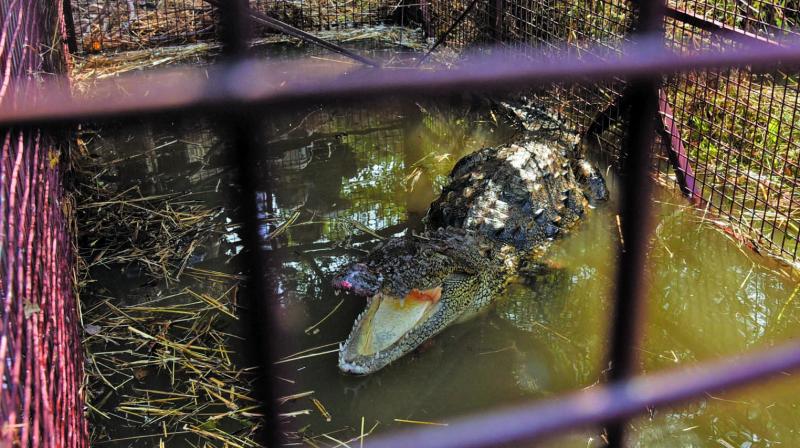 Mumbai: A crocodile walked into the trap cage in the wee hours of Sunday in Mulund. Locals had sighted the reptile multiple times near a construction site, which had caused fear in the area. The forest department, along with NGOs, had installed the trap in January this year to capture the crocodile.

According to the forest department, the crocodile is 5.5 feet long and was often seen as in a pool of water, which was formed while digging the foundation at a site since Janu-ary. Following complaints by locals, the Mumbai range of the Thane territorial wing and NGOs Resqink Association for Wildlife Welfare (RAWW) and the Wildlife Welfare Association installed a large cage at the site.

Forest officials added that the site had been abandoned for a long time and the crocodile is suspected to have ended up there through the drain line after overflowing of a lake.

“Crocodiles usually stay in water bodies, but it appears that it was staying in the construction site. There is a lack of awareness among citizens about the reptile, which had led to panic. After more than a month, the crocodile was finally rescued in the morning,” said Pawan Sharma, Founder of RAWW.

Mr Sharma elaborated that a total of 30 volunteers from both organisations were monitoring the site for the crocodile on a shift basis.

“The reptile has been relocated safely to its natural habitat after it was examined in Sanjay Gandhi National Park),” he added.