The dust pollution in Mumbai is prevalent due to ongoing development projects however measures have been taken to control it. 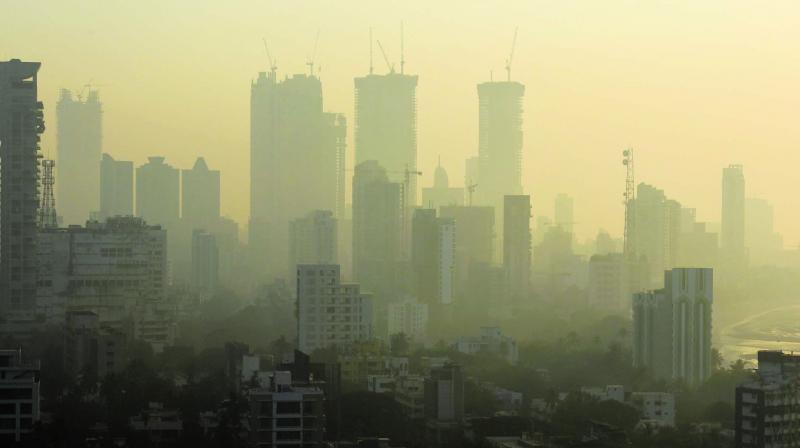 A view of city skyline engulfed in smog.

Mumbai: Mumbai’s air quality is eight times worse than the limit prescribed by the World Health Organisation (WHO), according to a new report by Green-peace India. The report highlights that Mumbai is the most polluted city in Maharashtra in terms of PM10 while its air quality is a little less than three times the National Ambient Air Quality Standards (NAAQS).

As per Greenpeace India’s Airpocalypse report based on data by the Central Pollution Control Board (CPCB), 20 cities in Maharashtra have been identified as “non-attainment cities” i.e. cities where pollution levels far exceed prescribed limits and which require a separate action plan as per the National Clean Air Programme (NCAP) norms.

Mumbai’s PM10 levels —particulate matter of or less than 10mm in diameter, which mostly arises from dust pollution – have been recorded at 162µg/m3 in 2018. “Mumbai is the 37th most polluted city in India based on PM10 levels however the particulate matters have been showing an increasing trend since the last three years as they have increased by 36 per cent since 2016. It remains three times more polluted in comparison with the NAAQS and as such, it is extremely important for Mumbai to control pollution from sources such as construction, transportation and open waste burning,” said Avinash Chanchal, Greenpeace India’s senior campai-gner.

“The dust pollution in Mumbai is prevalent due to ongoing development projects however measures have been taken to control it. An action plan has been created for Mumbai, which highlights improvement of roads and increasing green buffer zones. We are also identifying major traffic zones in Mumbai through drones to curb vehicular pollution,” said an official from the Maharashtra Pollution Control Board.