However, their happiness was short-lived as they soon came to know that the condition of one of their baby boys was critical. 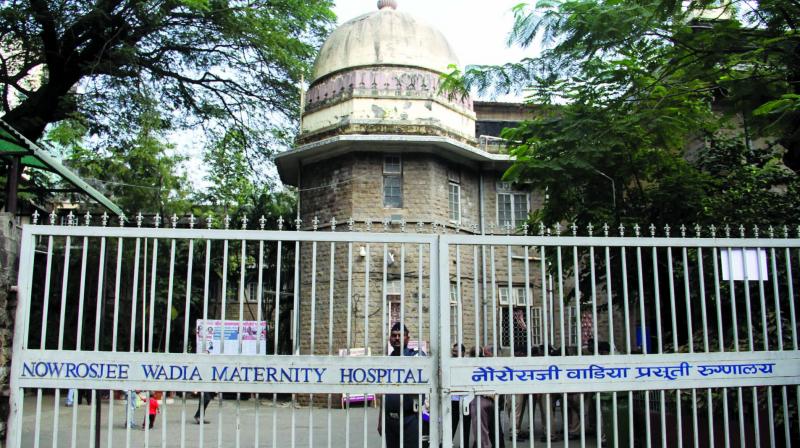 Mumbai: After resuming operations, Wadia Hospital has successfully treated a 10-day-old baby of a farmer from Shahapur for a complex congenital cardiac problem. The baby was suffering from a problem known as TAPVC (Total Anomalous Pulmonary Venous Connection), which is a type of heart disease that affects the pulmonary veins along with sepsis. TAPVC leads to difficulty in breathing and low oxygen levels.

The baby’s mother, Mrs Komal, a homemaker, and her husband Ramchandra Ughade, who is a farmer in Shahapur, Thane district, were happy on the arrival of their twin baby boys – one weighing 1kg and the other 2kg – on December 1, 2019, by caesarean section.

However, their happiness was short-lived as they soon came to know that the condition of one of their baby boys was critical. The said baby boy was shifted from Shaha-pur to the NICU of Wadia Hospital where he was ventilated and stabilised.

Dr Biswa Panda, paediatric cardiac surgeon, said, “Upon evaluating the baby via echocardiography, it was revealed that the baby had a complex congenital cardiac problem known as Obstructed TAPVC. Ten in 1,000 babies have congenital heart defects, and one in 100,000 have TAPVC. It can be described as a congenital heart disease affecting the pulmonary veins. The pulmonary veins were connected to the right chamber of the heart instead of the left side, and surgery was the only option for survival. Also, the baby was extremely weak and septic.”

“The baby displayed symptoms like breathing problems and low oxygen levels, soon after birth. In view of obstruction to this anomalous venous connection, there was no opportunity to wait and treat the baby for sepsis,” he said.

Major emergency open-heart surgery spanning five hours was performed to correct the baby’s anatomical problem and normalise its heart. The pulmonary veins were reconnected to the left atrium and the atrial septal defect was closed.

In view of major debility and preoperative sepsis, the child required nearly 25 days of ventilation and critical care to come out of the life-threatening problem. Now, after the open-heart surgery, the child is accepting feeds and is growing well.