Dr Goyal was rushed to the Breach Candy Hospital, where he was declared dead. 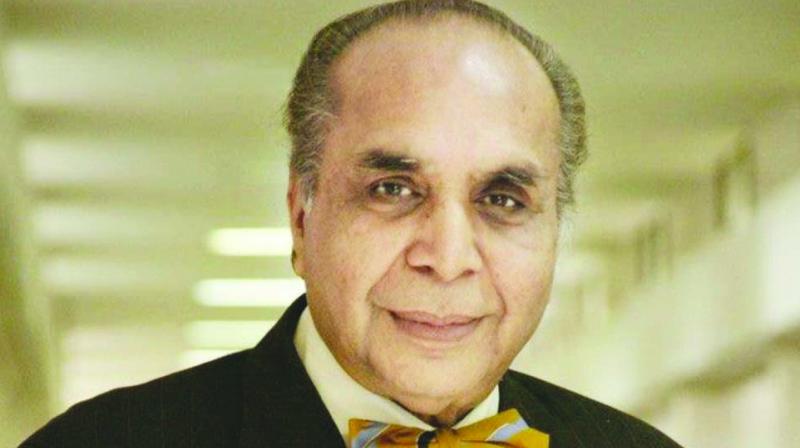 Mumbai: Eminent cardiologist Dr B. K. Goyal (82) died after suffering a cardiac arrest this morning. He collapsed at his residence and was rushed to a private hospital where he died, his colleague said. The Padma awardee is survived by a son and three daughters.

He was the honorary dean and the chief cardiologist at the Bombay Hospital Institute of Medical Sciences. The final rites will take place on Wednesday in Banganga.

In his decade-long career, he served at the J J Group of Hospitals and Grant Medical College in Mumbai.

“He suffered a massive cardiac arrest and collapsed at 10.30 am at his residence in South Mumbai. He was rushed to the Breach Candy Hospital, where he was declared dead at 12.30 pm,” said interventional cardiologist Dr Anil Sharma from Bombay Hospital, who had worked with Dr Goyal for 20 years.

Dr Goyal also founded the Dhanvantari Medical Foundation (DMF) with an aim to bring all the branches of medicine together and create a difference to people’s lives. Every year, the DMF felicitates a doctor for outstanding contribution in the medicine and surgery field.