MSRDC to hold a third bid for BWSL toll collection

According to officials, one of the reasons why many bidders are not interested in bidding for BWSL is that it is not seeing any increase in traffic. 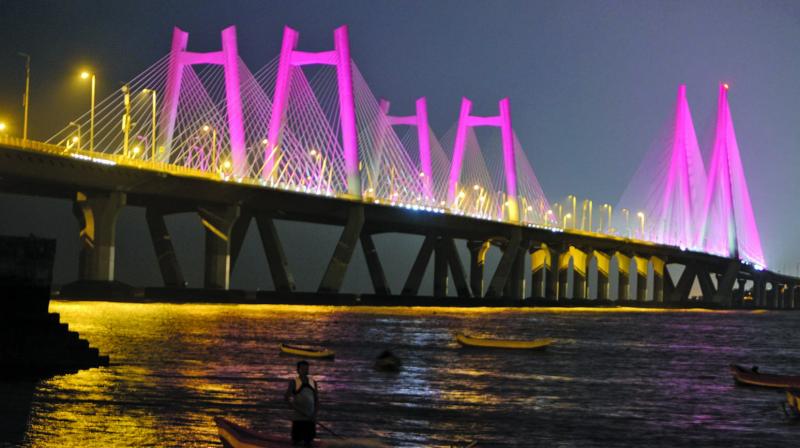 Advance payment could be the reason for lack of bidders for the sea link toll collection.

Mumbai: After having failed twice to generate competitive bidding for securitisation of toll collection at Bandra Worli Sea Link (BWSL), the Maharashtra State Road Development Corporation (MSRDC) has invited bidders for a third time, fearing ire from the central vigilance commission (CVC) over lack of bidders.

The MSRDC fear that since only one company has bided for the project, it should create competition to avoid any controversy over benefiting any one particular bidder. Interestingly, three years ago MSRDC had received only one bidder, the MEP, who was later given the contract.

Currently, MSRDC earns about Rs 1.50 crore per week through the sea link that sees a traffic of about 45,000 vehicles everyday. MEP has been collecting toll on the 5.6-km BWSL on a weekly basis ever since it was opened to traffic in 2009.

“We have floated tenders twice already. The second time, the bidder MEP Ltd had qualified in the bid and the financial bid was being evaluated. However, it was later decided that in order to not have any queries or issues from the CVC, a third call should be made to get competitors,” said an MSRDC official not wishing to be named.

According to officials, one of the reasons why many bidders are not interested in bidding for BWSL is that it is not seeing any increase in traffic. The MSRDC has also demanded an upfront amount of `380 crore against the tolling rights for BWSL. The toll operator would also have to install solar panels on the sea link that is aimed to bring down the expenditure on electricity consumption and also pave way for green energy.