The tree authority postponed the proposal and also scheduled its visit to the Aarey site, where the car shed has been planned, on August 20. 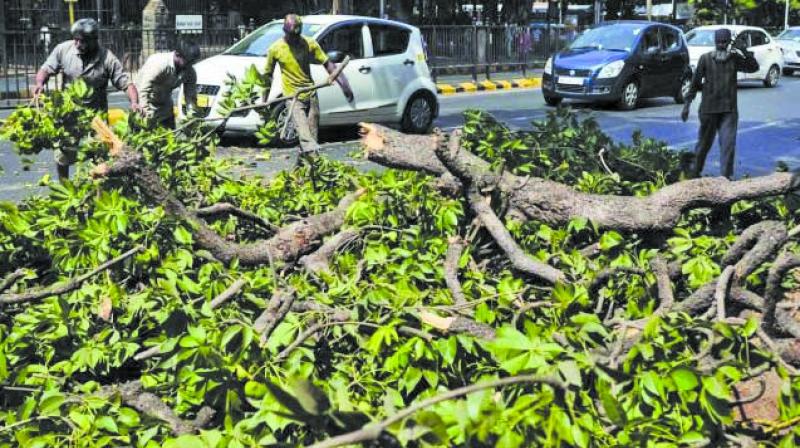 The activists had approached the court against depletion of green cover and asked for shifting of the car shed to Kanjurmarg.

Mumbai: There was friction once again between the Shiv Sena and Bharatiya Janata Party (BJP) ahead of the state Assembly elections. The Brihanmumbai Municipal Corporation’s (BMC) tree authority, which mostly comprises Sena members, Tuesday withheld permission to axe 2,702 trees for the metro 3 car shed at Aarey Milk Colony.

The tree authority postponed the proposal and also scheduled its visit to the Aarey site, where the car shed has been planned, on August 20.

After the Supreme Court (SC) gave permission to the state government to build the car shed at Aarey, the BMC re-submitted the proposal to cut 2,702 trees at Aarey for the car shed.

The civic body, in its public hearing for the proposal, received 82,000 registered objections and 4 lakh online objections to axing the trees. In 2017, the Sena had strongly opposed the metro 3 car shed at Aarey but thereafter, the party had kept silent. “The Sena is not against the project. The party has always fought tree cutting at Aarey and is firm on its stance. The administration has neither given satisfactory answers to the 82,000 objections nor has a rehabilitation plan for the 27 adivasi padas inside Aarey,” said senior Sena leader Yashwant Jadhav.

This has come as a temporary relief to environmentalists. Activist Zoru Bathena said, “The Sena has stood up to save the Aarey forest and we welcome it.”

The activists had approached the court against depletion of green cover and asked for shifting of the car shed to Kanjurmarg. However, the BJP-led state government approached the apex court stating that all alternate cities had already been explored by the technical committee.