This is despite the earlier detailed report on the metro line which stated that 57 trees will be cut. 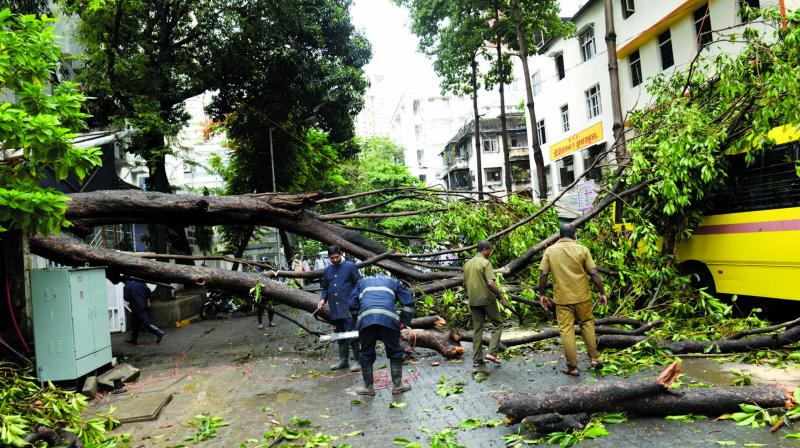 The activists have approached BMC to look into the matter as the Mumbai Metro Rail Corporation has shown an earlier permission letter from the civic body.

Mumbai: Several trees have been illegally hacked in Aarey Milk Colony for the carshed of Metro 3, alleged activists on Sunday.

The activists have approached BMC to look into the matter as the Mumbai Metro Rail Corporation has shown an earlier permission letter from the civic body.

Around seven trees have been cut inside the Unit 19 site of Aarey Colony. Activists highlighted that the Bombay high court has deemed the permission letter invalid earlier as the Tree Authority was not constituted legally at the time the permissions were given.

“The MMRC is showing the old permission given by the BMC for tree cutting in Aarey. In two separate cases, the High Court had already termed it invalid. In the petition about BMC’s illegal Tree Authority (TA), the court had directed that the permissions by earlier TA cannot be considered,” said Amrita Bhattacharya, member of Aarey Conservation Group.

“In another petition regarding tree cutting in Aarey, the HC had asked the BMC to conduct fresh public hearing on the matter,” she added. According to the permission letter, around 235 trees will be removed from the site for proposed ramp area at Sariput Nagar.

Meanwhile, citizens have also raised concern over the collective loss of green space in Mumbai as around 207 trees have been proposed to be removed between five stations of Metro 6 line (Lokhandwala-Jogesh-wari-Vikhroli-Kanjurm-arg).

This is despite the earlier detailed report on the metro line which stated that 57 trees will be cut.