Mumbai experienced hazardous air pollution levels in the past week. 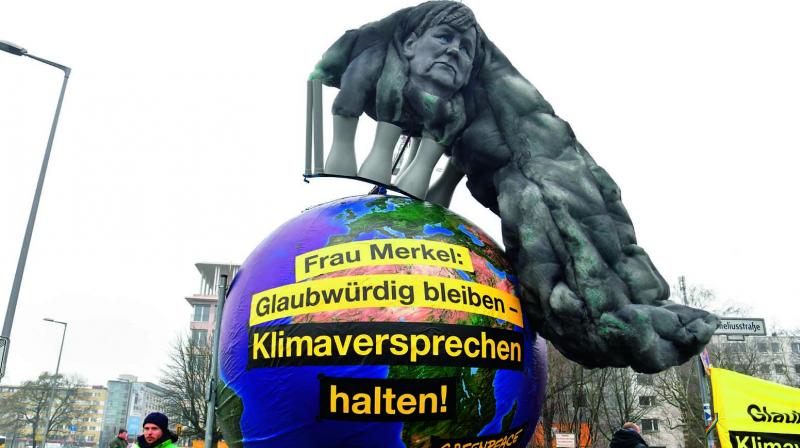 Greenpeace analysis shows that high pollution levels affected an area spread through more than a 100 km across and around Mumbai. (Photo: AFP)

Mumbai: After a week of ‘poor’ air quality, Mumbai’s air pollution levels dipped with Air Quality Index (AQI) falling under moderate. An overall AQI of 175 was recorded on Friday, according to System of Air Quality and Weather Forecasting And Research (SAFAR). Experts have attributed it to the rise in wind speed since Thursday night. However, analysts at Greenpeace India have called for expediting the implementation of emission standards for thermal power plants in Maharashtra to curb down the pollution levels in the city.

Mumbai has experienced hazardous air pollution levels in the past week. Eight levels of PM2.5 were “very poor” at various places between February 2 and February.

Greenpeace analysis shows that high pollution levels affected an area spread through more than a 100 km across and around Mumbai. “This is due to air pollution sources dotting the Maharashtra-Gujarat coastline to the north of the city and contributing to the episode,” said Sunil Dahiya, senior campaigner, Greenpeace India.  The organisation observed trajectories of polluted air masses in the region, examined by National Oceanic and Atmospheric Administration (NOAA), USA.

“Our research has found that power plants, open burning, commercial food sector and road transport are the main sources of air pollution in Mumbai. As such, the urgent measures to take is to speed up the implementation of emission standards for thermal power plants in Maharashtra,” added Mr Dahiya.

Meanwhile, the air quality is expected to get better by next week, according to SAFAR officials. While the PM2.5 levels still were recorded under ‘very poor’ (301-400) in Bhandup and BKC,  ‘poor’ levels (200-300) were recorded at Borivali, Mazagaon and Navi Mumbai. Chembur, Andheri and Malad fell under ‘satisfactory’ (50-100) air quality, while Colaba and Worli recorded ‘moderate’(101-200) air quality.