Dad confronted him, asking him to stop harassing minor. 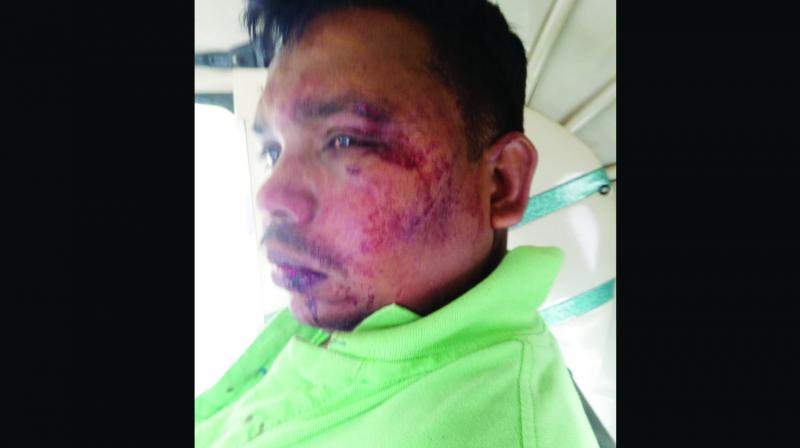 Mumbai: A school bus driver working with a Badlapur school allegedly beat up a parent on Wednesday evening, after he was confronted by the father for allegedly touching the private parts of his son on several occasions. Four friends of the accused had allegedly helped him in attacking the man. The father then approached the Badlapur east police station to register a case against the driver under charges of the Protection of Children from Sexual Offences (POCSO) Act and rioting. The driver, Ravi Lavate, is likely to be arrested soon.

According to Badlapur police officer, victim’s son is in second standard and has been travelling in the same school bus since the last three years. However, recently, the bus driver had changed. The minor, who used to sit on the adjacent seat to the bus driver, had complained about the bus driver touching him appropriately, to his parents, a few days ago.

The father of the child said, “Around two weeks ago, my son had told my wife that the he doesn’t like that the bus driver touches his private parts. We thought maybe the driver was just making fun of him but when my kid complained about the same thing again, we took him seriously and talked to the owner of the buses that ferry the kids. The owner assured us that he will change the bus driver soon.”

However, later on, the same bus driver started harassing my child, saying, “Don’t take this boy in the bus, don’t talk to him. So, my child came back home and asked me to drop him to school. He doesn’t want to travel in the bus after this ordeal.”

Badlapur police station SPI D. Rajbhog said, “The child’s father went to talk to the bus driver and told him to stop such behaviour or else he will complain to the police. After five minutes of this conversation, the accused called four of his friends and beat up the man.”

“The father then came to the police station. We have registered an FIR under section of POCSO and rioting, along with the sections related to assault of the Indian Penal Code. We will arrest him soon,” he added. Despite attempts, the school could not be reached for a comment.