Most muslims in favour of triple talaq ban: Naqvi

The government is very keen on the bill and will revisit the matter in the budget session starting January 29. 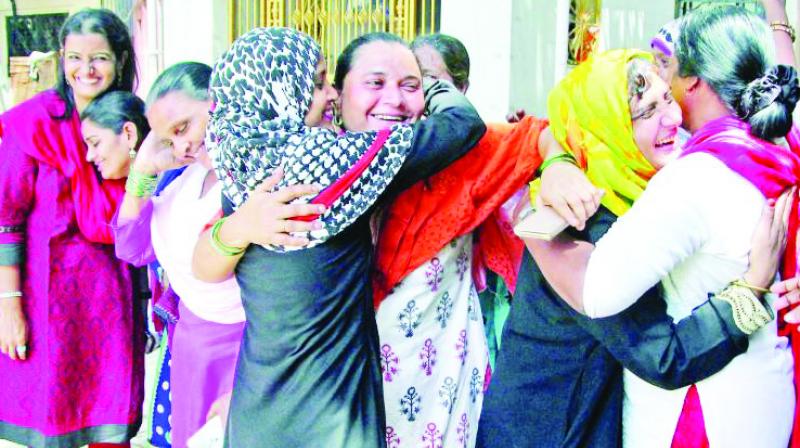 Mumbai: Union minority affairs minister Mukhtar Abbas Naqvi on Monday said that a majority of Muslims were in favour of banning the practice of triple talaq.

The minister told reporters on the sidelines of a function in the city, “Triple talaq is un-Islamic and is a bad tradition. We want the empowerment of women. It (banning talaq-e-biddat) is not a Hindu or Muslim issue. We cannot leave out Muslim women from the empowerment programmes being undertaken by the government.”

The recently concluded winter session saw the Lok Sabha passing a landmark bill making talaq-e-biddat or triple talaq a "cognisable and non-bailable offence". The bill warrants maximum three-year imprisonment for any Muslim man who gives his wife instant divorce by uttering the word talaq three times in quick succession. The bill also provides for subsistence allowance for Muslim women and custody of minor children as may be determined by the magistrate. Though the bill was tabled in the Rajya Sabha, it could not be passed as Parliament was adjourned till the budget session. Opposition members in the upper house demanded that the bill be referred to a select committee.

The government is very keen on the bill and will revisit the matter in the budget session starting January 29. As such, BJP leaders are trying to resolve the deadlock which has halted passage of the bill in the Rajya Sabha. While a few Muslim organisations are opposing the bill, a majority of them have welcomed it.

Mr Naqvi said that a majority of the Islamic community has welcomed the Centre’s move to criminalise triple talaq. He said that the central government wants to offer an “economical travel option” to Indian Muslims by reducing subsidy on the Haj pilgrimage. The minister said that the government of Saudi Arabia had accepted the Indian government's request to allow Haj pilgrims to take the sea route to Jeddah.