Birds affected by Metro 4 to be relocated

The MMRDA has also proposed to replant around 400 trees affected by the metro 4 along the 10km stretch between Teen Hath Naka and Kasarvadavali. 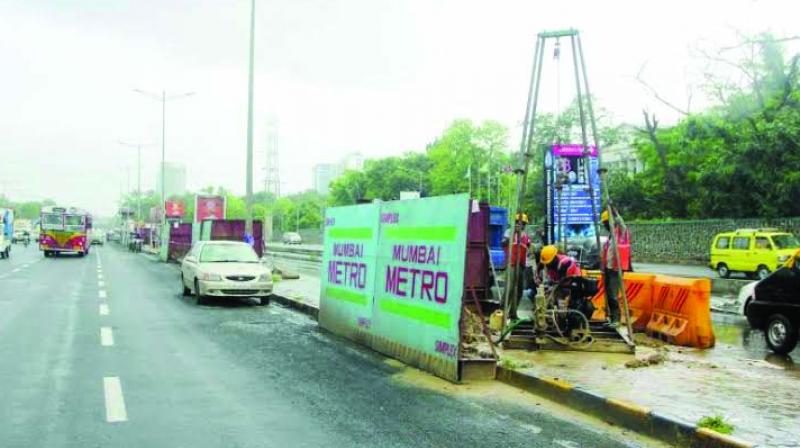 Mumbai: Environmental activists are trying to make the metro 4 eco-friendly as for the first time several birds affected by the tree-cutting for the project will be relocated. A group of wildlife enthusiasts, along with Mumbai Metropolitan Region Development Authority (MMRDA) officials, are surveying the trees along the metro 4 route and identifying the birds there.

The MMRDA has also proposed to replant around 400 trees affected by the metro 4 along the 10km stretch between Teen Hath Naka and Kasarvadavali. A group comprising volunteers of the Thane forest department, MMRDA, NGO Resquink Association for Wildlife (RAWW) and companies such as Tata and Reliance carried out a nine-hour-long foot survey in which they recorded 80 bird nests on the trees.

“This is the first time in Mumbai that the relocation of birds affected by the project is also being considered. Among the 80 nests recorded, 60 per cent were empty. It could be that the birds have abandoned them, or they were naturally damaged. For the remaining 40 per cent, some were identified,” said Pawan Sharma, founder, RAWW.

The group has decided to first transplant the trees without any nests, followed by the trees with empty nests. “The nests will be removed from the trees so that the birds do not occupy them mistakenly and try to lay eggs there. For the rest with chicks, we will wait for them to fully grow and be able to fly and only after that, transplantation will be done,” said Mr Sharma.

The birds affected by the project at these sites inclu-de parakeets, kites, sparrows, bulbuls, mynas and barbets, among others.

“We are also in talks with avian experts and veterinarians for the trees with nests where the birds have already laid eggs. The eggs can also be hatched artificially in incubators to raise the chicks,” said a MMRDA official.