The civic body has also undergone aeration work for the lake for increasing the oxygen level but presently, its frequency has reduced. 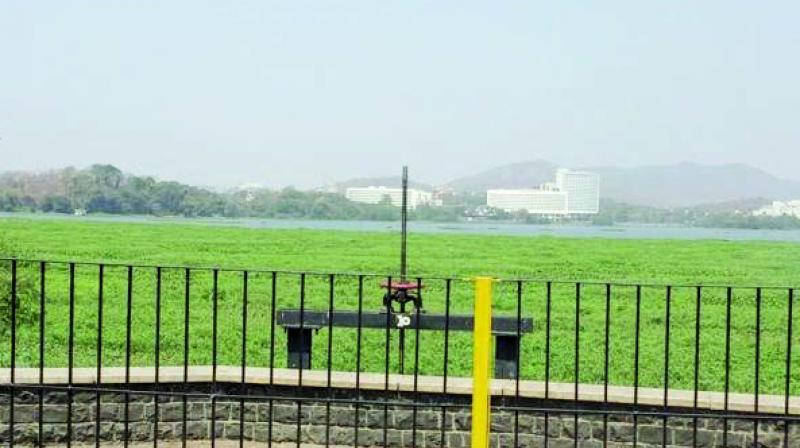 Mumbai: The Powai lake is now under the grip of pollution as a large swathe of hyacinth plants is appearing to dominate the water body. Earlier, the Brih-anmumbai Municipal Corporation (BMC), used to conduct hyacinth removal drives as the plants were known to reduce the amount of oxygen in the water and were detrimental to aquatic life.

However, environmentalists have raised concerns about the harmful plants having taken over the lake in the absence of preventive measures by the BMC.

The spread of hyacinth plants affects the Powai lake ecosystem as the weeds clog the surface of the water body and their presence prevents the sunlight from reaching aquatic life.

“These weeds consume oxygen, choking plants, fish and crocodiles inside the lake. The presence of hyacinth also indicates that there is a lot of garbage and sewage waste inside the lake,” said Godfrey Pimenta, trustee of Watchdog Foundation.

The unhindered release of sewage water has been one of the major reasons for pollution in the Powai lake, which still has at least 15 sewage inlets currently.

The BMC had been carrying out regular drives for removal of hyacinth from the lake however since last year, the work on weed plants has come to a halt.

“The contract for cleaning the hyacinth expired last year. We have since then floated tenders but there hasn’t been the expected response from bidders,” said a BMC official.

According to BMC officials, around 13 per cent of the lake is under hyacinth plants whereas activists have claimed that almost half the lake is plagued by weeds. The civic body has also undergone aeration work for the lake for increasing the oxygen level but presently, its frequency has reduced.