Delhi: Winter yet to arrive, but air quality ‘poor’

On Thursday, Particulate Matter (PM) 2.5 was recorded at 95 microgramme per cubic metre (ug/m3), under the ‘poor’ category. 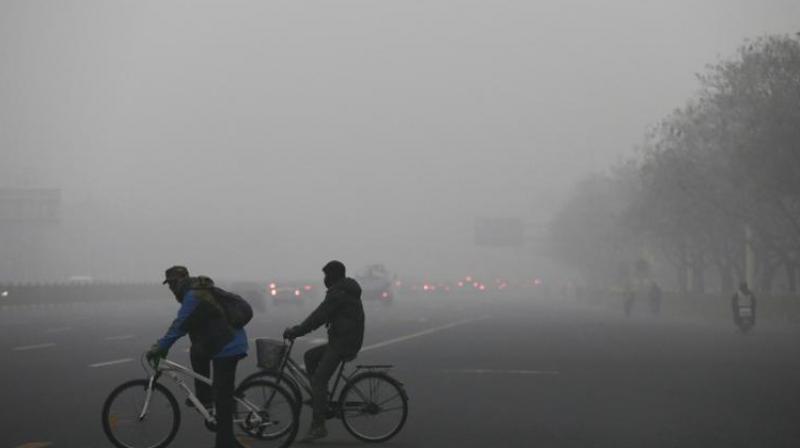 New Delhi: Delhi’s average air quality has already touched “poor” category, even before the winter sets in. On Thursday, Particulate Matter (PM) 2.5 was recorded at 95 microgramme per cubic metre (ug/m3), under the ‘poor’ category. Average PM 10 level was recorded in the ‘moderate’ category at 164 ug/m3, according to Safar website, under the ministry of earth sciences.

While PM 2.5 particles have a size of less than 2.5 microns and are capable of making inroads into human lung and blood tissues, increasing the risk of heart and lung diseases, the bigger PM 10 particles affect upper respiratory tract from the nose and windpipe.

The levels are above the prescribed standard of 60 ug/m3 and 100 ug/m3 for PM 2.5 and PM 10 respectively. In the last few days, while the figures for PM 2.5 and 10 were increasing, they were still within the “moderate” range. However, the average air quality touched poor level with 92 ug/m3 on Wednesday.

According to experts, the decrease in air quality of Delhi could be both due to a decrease in temperature and incidences of crop burning in neighbouring areas.

Over a dozen cases of crop burning were reported from Haryana till Wednesday. Officials fear the number will rise in the coming days and this coupled with pollution post Diwali fireworks would trigger heavy pollution in Delhi and national capital region (NCR).

According to Safar (System of Air Quality and Weather Forecasting and Research) advisory, there is an increasing likelihood of respiratory symptoms in sensitive individuals.

While the children and elderly are at risk, “everyone may begin to experience some level of discomfort”. Monitoring at locations like Dwarka, R.K. Puram, ITO, Mathura Road, North Campus, etc also recorded ‘poor’ air quality and some like Anand Vihar had “very poor” levels.