The party’s choice of name was in line with the alternative brand of politics it espoused. 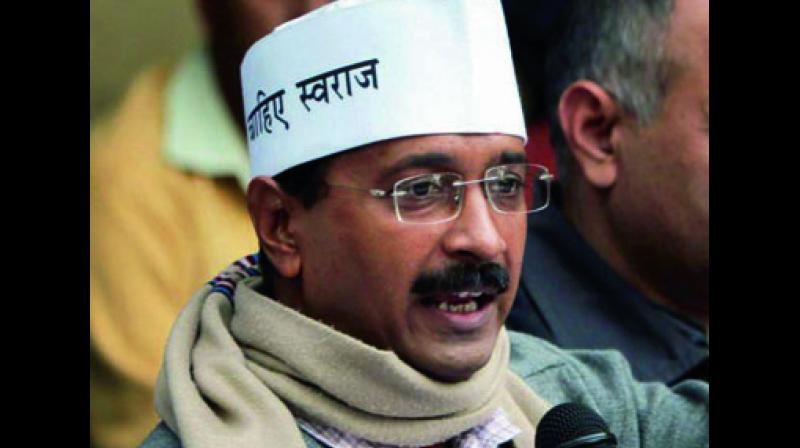 New Delhi: An unassuming, bespectacled bureaucrat who slipped into the political frame during the Anna Hazare-led Lokpal movement in 2011, Arvind Kejriwal has been sworn in as Delhi’s chief minister for the third term.

Born in 2012, after Mr Kejriwal had a fall out with Mr Hazare, his Aam Aadmi Party (AAP) stormed back to power in Delhi by winning 62 seats in the 70-member Delhi Assembly. The party’s choice of name was in line with the alternative brand of politics it espoused.

Dressed in oversized shirts and trousers, open toe sandals, and with a muffler wrapped around his head and neck, Mr Kerjiwal, a former Indian Revenue Service (IRS) officer, soon carved out an image as a leader of the common man. His trademark muffler has even earned him the moniker ‘mufflerman.’

Mr Kejriwal’s efforts to spread AAP’s footprint beyond the national capital has not been successful. His attempt to be seen as a direct challenger to Prime Minister Narendra Modi came a cropper in 2014 when he contested the Lok Sabha elections from Varanasi. He also tried to make an electoral dent in Punjab and Goa in 2017, but in vain.

Mr Kejriwal first became Delhi’s chief minister, with the support of eight Congress legislators, in 2013. Images of him sleeping in his utilitarian Wagon R while staging a sit-in for a Jan Lokpal (ombudsman) wrapped in a cotton quilt in cold winter nights dominated the front pages of newspapers and prime-time news bulletins.

Mr Kejriwal resigned 49 days after coming to power since the Jan Lokpal bill could not be tabled in the Delhi Assembly, earning him the ‘bhagoda’ (deserter) tag. He silenced his critics when he returned to power in 2015 with the AAP winning 67 of Delhi’s 70 seats.

Mr Kejriwal has mellowed since his days as the angry leader on a sit-in, carefully calibrating his political message and refusing to be baited by BJP, which made the anti-Citizenship Amendment Act (CAA) protests in Shaheen Bagh the centrepiece of its campaign for the Delhi polls.

During the election campaign, Mr Kejriwal attacked BJP on several occasions. He was careful, however, to not speak out too clearly on the Shaheen Bagh protests. Notwithstanding the electoral triumph for BJP in the May Lok Sabha polls, the IIT Kharagpur graduate managed to anchor a campaign that wooed all sections in the city.