A city-based NGO, Delhi Greens, has written to the ministry to remove these competitions immediately. 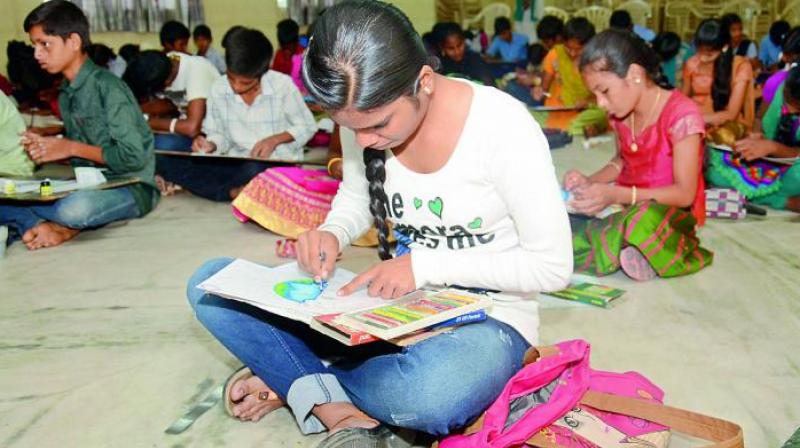 The two competitions, paragraph and slogan writing, ask citizens to share success stories in this regard as “negativity around the use of plastics needs to be effectively addressed”.( Representational Image)

New Delhi: India may have been the global host of the World Environment Day celebrations this year, the theme for which was ‘beat plastic pollution,’ however, the Central government has launched a contest asking citizens to share stories on “positive role of plastics in daily life” and “removing negativity” around its use.

The two competitions, paragraph and slogan writing, ask citizens to share success stories in this regard as “negativity around the use of plastics needs to be effectively addressed”.

The competitions, listed on MyGov.in website, a citizen engagement platform, also attract cash prizes worth Rs 46,000. Whi-le prizes Rs 32,000 are being offered for paragraph wri-ting, Rs 14,000 is being offered for slogan writing. There have been 600 entries made to these contests so far.

“Plastics have significantly penetrated in all aspects of our life owing mainly to its ability to sustain itself in the nature for long period of time as compared to other conventional materials. By virt-ue of their superior characteristics, plastics are replacing various metals and traditional materials almost in all applications. At the same time, plastics have attracted a lot of attention, not so much for their positive attributes, but because of their negative environmental impa-cts,” said the introduction for the competition.

It further added, “It is necessary to understand the positive role that plastics are playing and could continue to play in impr-oving the quality of life of citizens. This can be done by ensuring effective management of waste/creating economic wealth from waste that is ‘cash from trash’. The negativity aro-und the use of plastics needs to be effectively addressed.”

India was the global host of the World Environment Day celebrations this year. The theme was ‘beat plastic pollution’ and the ministry of environment, forest and climate change (MoEFCC) made every Indian pledge, “If you can’t reuse it, refuse it”.

A city-based NGO, Delhi Greens, has written to the ministry to remove these competitions immediately.

“Competitions such as these negate all the efforts that governments, the United Nations, NGOs and citizens around the world have made so far to reduce our dependency on plastic. It is unfortunate that the Government of India is conducting such competitions which only make the battle more difficult,” said Govind Singh, Co-founder and Director, Delhi Greens.

“We and other agencies around the country spent our resources to discourage people from using plastic. This is important until we develop some safe method to dispose of the plastic waste. However, sir, we are afraid that the two competitions are detrimental to all the awareness raised till date against the use of plastic,” the NGO urged in its letter.