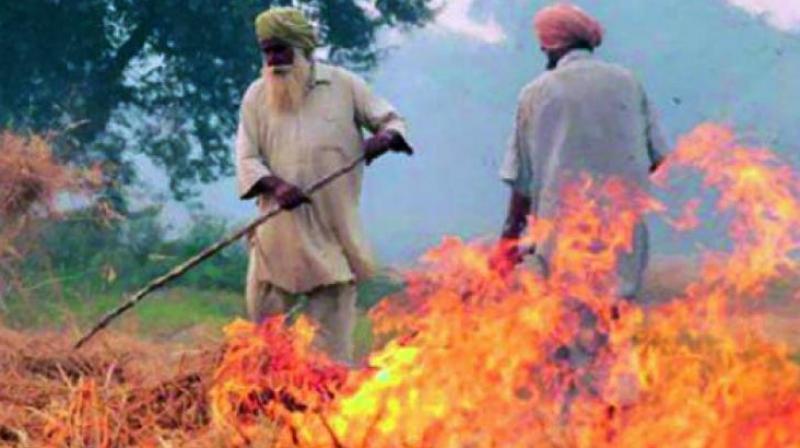 New Delhi: Slamming Haryana, Punjab and Uttar Pradesh governments for weak enforcement of a ban on crop burning that turns Delhi into a gas chamber during winters, a parliamentary panel has directed the Union government, along with state governments, to urgently conduct a scientific study to assess the environmental impact of crop burning on the National Captial Region and the methodology to mitigate it.

The tough talk by the parliamentary standing committee on ministry of environment, forest and climate change comes at a time when the Punjab government has suggested an incentive of Rs 100 per quintal of paddy for farmers who do not burn their yield’s straw.

The panel, headed by former Union minister Anand Sharma, noted that subsidy schemes run by Punjab and Haryana to promote disposal of the agricultural residues in a scientific manner instead of burning it have not helped much to address the issue of stubble burning. Blaming systemic lethargy for Delhi’s foul air, the committee said, “Weak enforcement of the statutory ban by these state governments coupled with laxity towards the sensitivity and gravity of the matter has also adversely affected the ongoing efforts to tackle the issue of air pollution in Delhi and NCR.”

Crop residue burning is among the major contributors to air pollution problem in Delhi and NCR. The burning of paddy straw every year during October and November and wheat in April in the neighbouring states of Punjab, Haryana and western Uttar Pradesh has continued despite the best of efforts of government agencies and court directions. As per a report of IIT-Kanpur on “Compre-hensive Study on Air Poll-ution and Green House Gases in Delhi” of 2015, the contribution of the biomass burning in winter is quite high at 17 per cent (for PM10) and 26 per cent (for PM2.5).

A report by National Health Profile has shown that annual deaths in Delhi due to acute respiratory infection (ARI) in Delhi have increased from 175 in 2013 to 357 in 2017.

Mr Sharma, who chaired the finalisation of the committee’s latest report, said that the environment ministry should also take the ministry of agriculture and farmers welfare on board in the matter as efforts to involve farmers so far have not yielded desired results.

“It is of paramount imp-ortance that technological and scientific solutions coupled with financial assistance should be made available to the farmers to motivate them not to burn their crop residues,” he said.

During the committee’s last meeting, the Punjab government floated the idea of paying monetary incentives to small and marginal farmers who cannot afford the additional cost required for the paddy straw management without burning it.

The Punjab government proposed that the Union government should create a “Paddy Straw Management Expenditure Compensatory Fund” to give monetary bonus at the rate of Rs 100 per quintal of paddy to farmers who do not burn crop residue.

For a period of three years, the state governme-nt has sought `6,000 crore from the Centre, in addition to the minimum support price of paddy, for giving incentives to farmers to join the green initiative.