Here’s how Vimal Geethanandan travelled across the country in nine months without spending any money. 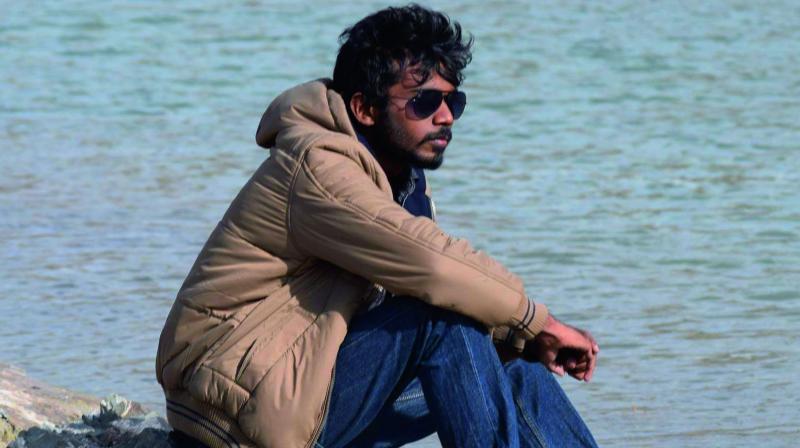 Growing up in a small town called Anantapur in Andhra Pradesh, Vimal Geethanandan always had the passion to learn something new. Vimal, who is an engineering drop-out, says learning is a necessity. “Life is a learning journey and travelling is the best teacher. The learning curve is humongous during travelling,” he says.

The youngster used to give talks when he was in college about following one’s passion and dreams. “But there were a lot of questions on how to do so. I wanted to show anyone can live any dream, no matter what. So I choose travelling without spending a rupee and I did it!” he says proudly.

Vimal started his journey on July 1, 2016 and ended it in the last week of March, 2017. “My initial plan was to travel for one-and-a-half years, but my family was shifting to Bengaluru and they needed me. So, I came back after nine months,” he says.

He started from Anantapur and hitchhiked to Bengaluru. From there he travelled to Mysore and Coorg and then entered Kerala. Starting from Kerala, he covered all the six states of south India, then he went on to Maharashtra, Meghalaya, Assam, Nagaland, and West Bengal.

Wherever he went, people gave him food and a place to stay. “I never slept on an empty stomach in the nine months of my journey. When I say people are good, they really are,” says Vimal.

For him the entire journey was an adventure. “Sometimes, I would land up in a place with nowhere to go, not knowing even a single person. It would be completely raining. There would not even be a good bus shelter to sleep under, but suddenly some miracle happens. I’ve never asked anyone anything, it all just happened to me. When I started I was clear that I’ll never ask anyone and I’ll never refuse anything! I just shared stories, listened to theirs and the universe has been kind,” Vimal says with a smile.

Most of the people whom he met were excited when they heard about his expedition. “They were all fascinated by my story. Though there were certain people who didn’t like what I was doing. Some called me a beggar. But there were also people who hugged me and cried and told me I changed their life,” he says.

Surviving in tough conditions is not a new thing for Vimal. “Though I dropped out of college, I stayed on college premises because I was in love with its environment and people. It was a government-college and because of lack of water, we had to run from one hostel to another on most mornings. Every day was about survival and it taught me a lot. I had a theory in my mind that we are all animals and we know how to survive. So I ventured out,” he shares.