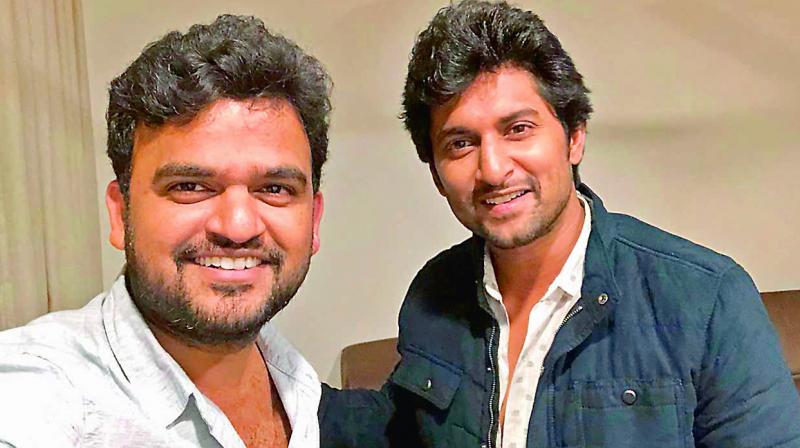 Remember George Miller, the director of Hollywood blockbuster Mad Max: Fury Road? He won eight Academy Awards (including six for Mad Max: Fury Road) and two Golden Globe Awards besides many others. He was a physician before becoming a filmmaker.

Closer home, we have Dr Sailesh Kolanu, an associate professor in medicine at the University of New South Wales (UNSW), who has turned director for an upcoming Telugu film, Hit, produced by actor Nani.

The storyteller in him
Having pursued his PhD in optometry and vision science from UNSW, Sydney, Sailesh Kolanu subsequently worked as an associate professor. But Sailesh, who comes from a family with cinematic ties, had something else waiting for him. His life took a dramatic turn in the last couple of years when he decided to direct a Telugu film.

“I was born and raised in Chennai, and my dad worked as a production manager under the late director Kodi Ramakrishna. When the film industry moved to Hyderabad, my family moved as well. I was 12 years at that time,” reveals a BITS Pilani graduate from Hyderabad. Sailesh subsequently worked in the L.V. Prasad Eye Institute before moving to the UNSW, Sydney, in 2012 to pursue PhD in Optometry and Vision Science.

He completed his PhD in 2016 and started teaching optics to undergraduate students in the same university. Then, showbiz came calling.

Sailesh smiles at the memory and says, “I was fascinated with storytelling right from my school days. Then while teaching in Australia, I had the opportunity to work on screenplay and attended several seminars on ‘screen writings’ in the university’s arts college.” From self-learning, he grew serious about an alternate career. However, he knew very little about approaching actors and artists, his several trips between Hyderabad and Sydney only adding to his sense of fatigue. “But Lakshmi Manchu, a common friend, suggested that reaching out to actors through a reference will make things easy,” reveals Sailesh, adding that Lakshmi was the one who has put him on to Nani. Nani was impressed with Sailesh’s writing style and his short stories, and agreed to produce his film, Hit, a thriller starring Vishwak Sen and Ruhani Sharma in the lead roles, is set to release in theatres on February 27. But the memory of acceptance is still fresh in Sailesh’s mind. “That was one of the most joyous moments in my life; I felt my two years of hard work had finally come true,” shares the PhD holder.

Plunging head on
Risking a lucrative job for a career in an uncertain industry like showbiz now, isn’t that how greats are born, we muse. The 33-year-old shares, “I weighed my pros and cons and decided to move into showbiz because cinema is something I’ve always wanted to get into at some point of time in my life.” Moreover, he tells us, the decision made philosophical sense to him. “I wrote a story and it took its own path. I never thought that I will turn director one day, but it’s as if the script chose me,” he says, adding how he strove to strike a balance between arts and science.

But Sailesh found his feet in setting off into showbiz not only by his impulses and desires. His wife, Swathi Vemula, was quite encouraging too. “My wife is a vision therapist who works with kids with autism. She’s always encouraged me to pursue whatever I wanted to do,” he concludes.