The RekkaNamakku singer talks to us about scaling up her musical journey. 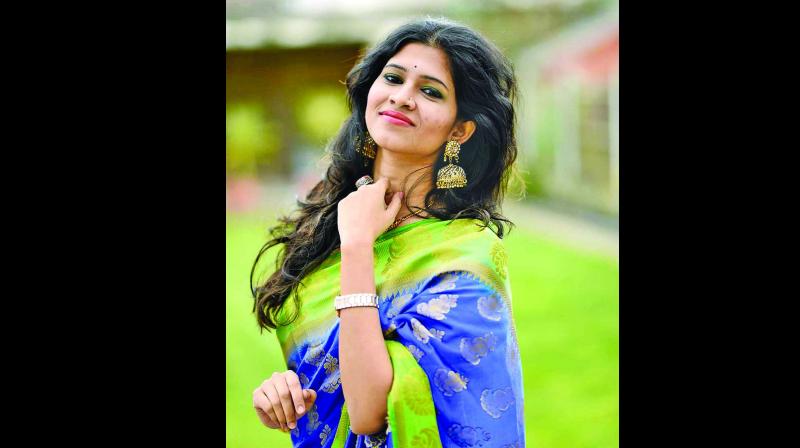 Srinidhi completed B.E in Computer Science in 2017, and worked for a while with Amazon before she decided to take up singing as a full-time profession, and quit her job.

Within a very short span of time, Kollywood singer Srinidhi.S has made a name for herself and is being commended by music enthusiasts. Her song from the Vijay Sethupathi-starrer Laabam is the latest feather in her cap. Composed by well-known music director D. Imman, it has been receiving good reviews.

In a candid interview, the talented singer traces her musical journey thus far.

It all started when she was just three years old. At the age when most children are still learning to speak fluently, Srinidhi was chanting slokas with ease and perfection.

She began taking part in reality shows at the age of eight. “My first reality show was Rajageethamon Raj TV,” she says, and goes on to list a string of others - Raagamalika, a Jaya TV reality show, when she was in Standard 5, the Little Masters show, also on Jaya TV, at which she won the Best Performer award, Sapthaswarangal, on Sun TV, at which she was the title winner, the Radio City Super Singer event in 2015 where she topped the list, and Zee Tamil’s Sa Re Ga Ma Pa, where she was the runner-up. “I was also one of the top 20 contestants in the Vijay TV Super Singer contest”, she says.

Playback singing succeeded reality shows and Srinidhi made her debut in a Telugu song, Yenti    Yenti, from the movie Puli. It was composed by Devi Sri Prasad. She sang OruSattaOruBalpam in Kanchana 3 for music composer Bharath Madhusuthanan, Rekka Namakku (Raatchasi) and Mayil Pola Ilavarasi (Mehandi Circus) for music director Sean Roldan and Aayirampournamigal(Traffic Ramasamy) for composer Balamurali Balu. She has also sung for the legendary Illayaraja for the movie Clap.

Talking about D. Imman, Srinidhi says, “He is very self-effacing and inspiring for every artiste. He gives chances to a lot of newcomers.”

Srinidhi completed B.E in Computer Science in 2017, and worked for a while with Amazon before she decided to take up singing as a full-time profession, and quit her job. She has travelled to many parts of the world and performed in countries like the UK, Norway, Malaysia, Denmark, Australia, Mauritius, France, Canada, Sri Lanka, Singapore and Oman.