The gut-wrenching video albeit scary fills you up with hope. 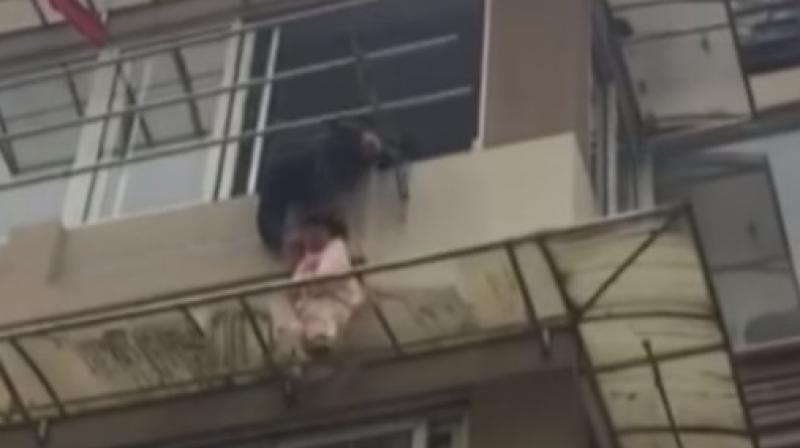 The child was left unsupervised and fell out of the window ending up on the awning which was broken. (Photo: Youtube/CCTV+)

All hope was lost when an unsupervised toddler fell from her third-story window and was stuck on the broken awning, until a brave man climbed over balconies to rescue her.

The incident occurred on January 19 in Hangzhou in China's Zhejiang Province.

According to CCTV+, the two-year-old child was left unsupervised and fell out of the window ending up on the awning which was broken.

The dramatic footage shows Long Chunqun, a store owner close to the building, climb over balconies to rescue the girl, while pet store owner, He, held Chunqun's legs while he reached out for the little girl.

The gut-wrenching video albeit scary fills you up with hope, and seeing the little girl happy and alive is truly heart-warming.