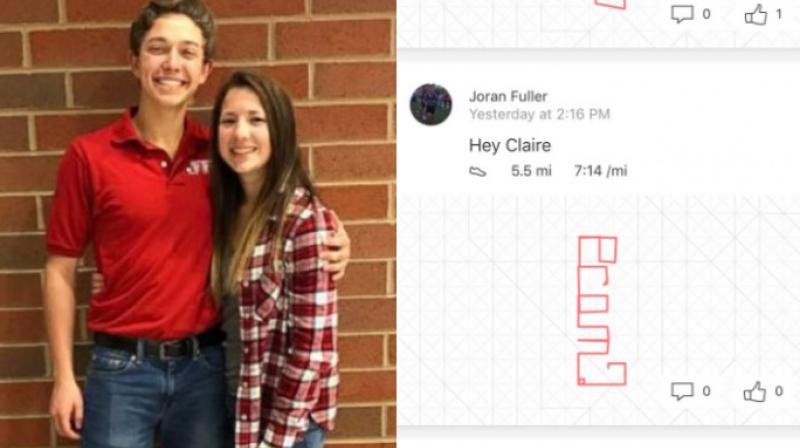 The proposal tweet has gone viral with over 15,000 retweets and 1,14,000 likes and people are quite impressed with guy’s creativity.

Boys always find it difficult to ask a girl out on a date and teenagers are among the most nervous people, especially if it is prom. A running enthusiast asked his asked his girlfriend of a few weeks to prom in the most unique that most people would imagine.

According to a report in the Independent, 17-year-old Joran Fuller wanted to ask his girlfriend of a few weeks to Prom but he had no clue of how he wanted to do it. Joran and his girlfriend Claire are both fitness and running enthusiasts so Fuller did the most unique and romantic thing ever by a running a route that spelled Prom? on the running app Strava. 16-year-old Claire Short said she was obviously going to say yes but was surprised at the way Fuller had asked her to Prom.

Claire posted the proposal on Twitter and the Internet melted almost instantly and told her, he was quite the person to be with. The tweet has gone viral with over 15,000 retweets and 1,14,000 likes and people are quite impressed with guy’s creativity.

But did your prom date run 5.5 miles to ask you pic.twitter.com/1cp2R2IvTp