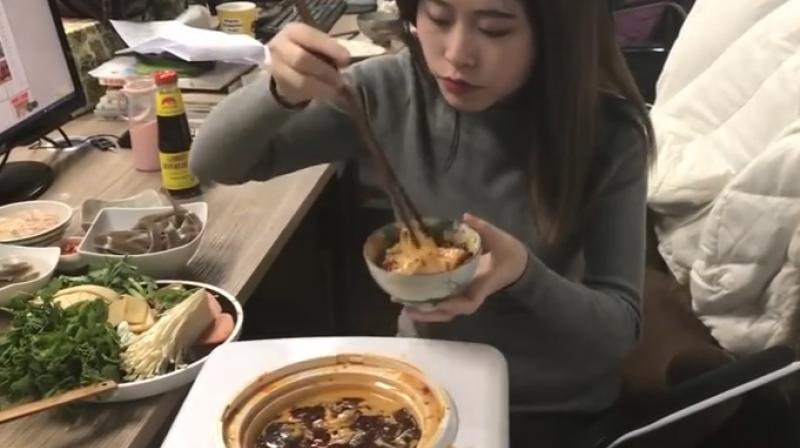 The lady uses the fan to keep the fire in check and makes the fire with a candle to make the crepe. (Photo: Youtube)

People have different ways of dealing with their hunger and most of them get their food from the nearest stall. A Chinese office-goer however takes her eating really seriously and cooks her own food, only with office equipment.

According to a media report, the Chinese lady popularly called ‘Office Ono’ has some serious cooking skills and she is quite a ‘master’ chef too. Her videos are quite the rage on social media and she makes her food with the weirdest of objects.She makes a crepe on CPU but not before dismantling it.

The lady uses the fan to keep the fire in check and makes the fire with a candle to make the crepe. She also roasts bacon with a clothes iron and it definitely blow your mind with the ease at which she does it.

Ono obviously reassembles the equipment after she makes her food but on other days she just goes ahead and makes soup in a water cooler.