Tributes and condolences pour in for the ace designer who passed away at his Goa home. 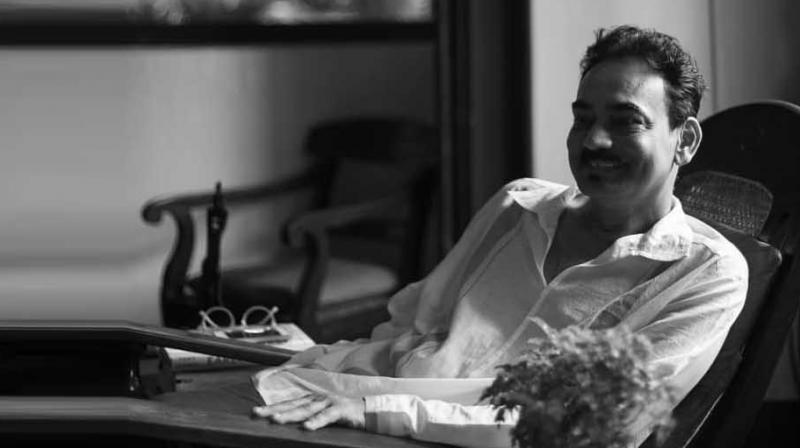 Celebrated fashion designer and activist Wendell Rodricks passed away on Wednesday at his Goa home. His brand’s creative director Schulen Fernandes shared that the 59-year-old designer passed away peacefully in his sleep around 5 pm. Quoting one of Rodricks’ favourite songs, Fernandes wrote on Instagram, “Darkest day today. I’m numb with deep sorrow and the loss of the dearest one. He should still be here. With us. Here’s what I must say, while I find the strength to speak very little. Wendell passed away today at 5 pm in his sleep. In his home, his sanctuary. Surrounded by the love of the familiar. (Let all other theories be put to rest. Period.) Stay with the man if you must in his legacy and play ‘somewhere over the rainbow’ in fond remembrance.”

After news of his demise broke, Goa chief minister Pramod Sawant tweeted: “Deeply shocked & saddened by the sudden demise of world-renowned fashion designer & Goenkar Padma Shri Wendell Rodricks. His exemplary work has left an indelible mark in the world of fashion.” Union textile minister Smriti Irani said: “Shocked to hear about the untimely demise of Wendell Rodricks, one of India’s most renowned designers. My heartfelt condolences to his loved ones. May his soul rest in peace.”

Born on May 28, 1960, Rodricks was hailed as the master of minimalism on the fashion runway.  He was associated with several social causes and was awarded the Padma Shri by the government in 2014. Along his prolific journey, he mentored many designers and models who’ve gone on to become big names in the industry today.

Amy Billimoria, fashion designer and Rodricks’ protégé remembers how the ace designer played a role in shaping her career. “Wendell played a very important role in my journey in the fashion industry. He was my mentor and guru. He taught us the history of world costume at SNDT and would fly down every weekend from Goa to take the class. Though it has been 30 years that I studied under him, we were connected and it was only last weekend that I spoke to him,” said Billimoria adding that Rodricks was “a great visionary and fashion industry has lost a legend”. “I think he has had a great impact on those who have been in his life, and not only his fashion. He lived his life to the fullest. Everyone will have fond memories of him and I think to pass away like that, making a mark in every person’s life that he touched, is wonderful. His contribution will stay forever. I will miss him; he was a wonderful soul and I am sure, he will make heaven his runway. I wish he had  seen his museum get completed.” For the past several years, Rodricks had been deeply involved in his Moda Goa Museum in Colvale in Goa.  Housed within a heritage building, the museum was envisioned as a tribute to the textile legacy of the state. As of now, 15 galleries have been planned to house a collection of over 800 artefacts, spanning the 7th century AD to the 21st century, including statues,  furniture, photographs, costumes and accessories.

Along with bringing the concept of minimalism to Indian fashion, he was one of the first to come up with a resort wear collection. “He managed to carve a niche for himself. He is the exception to have this glory. He managed to bring the idea of resortwear for women of all sizes, which is quite a difficult task that he has achieved successfully. He has made a mark and space in the fashion world and that will make his absence feel. Having chosen a different path than any other and yet managing success is not easy.  He played a great role in mentoring new talents and giving them opportunities,” said fashion designer Narendra Kumar. Bollywood actress Anushka Sharma paid a tribute to the late designer in a post remembering how Rodricks spotted her in a fashion show in Bangalore. The actress, who first walked the ramp for designer in the year 2007, added in her post: “He was one of the reasons I had the courage to move to Mumbai from Bangalore to pursue modelling when I was just 18 years old. RIP Wendell. My love and prayers for Jerome and the rest of his family and friends.”

Rodricks was instrumental in planning the first ever Lakme India Fashion Week (LFW) in 2000 and guiding it in its formative years "The loss of Wendell is a shock to all of us. He is one of the pillars of the fashion industry. He was instrumental in the setup  of the Lakme Fashion Week in India and also our very first Gen Next mentor. He will be missed," said Jaspreet Chandok, Head of Lifestyle Business at IMG Reliance.