Children raised by grandparents are increasing in modern world

Increasing number of parents aren't able to meet responsibilities of parenthood, prompting their own parents to step up. 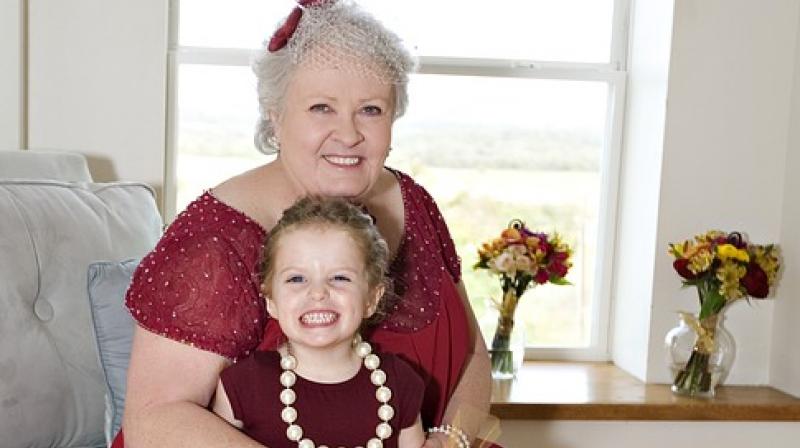 Grandchildren they were raising were more likely to become angry and anxious with transitions, lose their temper and have other behavioural issues. (Photo: Pixabay)

Washington DC: Millions of children are being raised solely by their grandparents, with numbers continuing to climb as the opioid crisis and other factors disrupt families. According to a new research, caregivers who step up to raise their grandchildren are overcoming unique challenges to manage just as well as biological and adoptive parent caregivers.

The research was presented at the American Academy of Pediatrics (AAP) 2018 National Conference and Exhibition. The study abstract, "Grandparents Raising Grandchildren: Are They Up to the Job?" is the first to examine a nationally representative sample of children and directly compare households where children are being raised by their grandparents with those being raised by their parents.

"A large and increasing number of mothers and fathers aren't able to meet the responsibilities of parenthood, prompting their own parents to take on the primary caregiver role for their grandchildren," said senior author Andrew Adesman, MD, FAAP, Chief of Developmental and Behavioral Pediatrics for Cohen Children's Medical Center of New York.

"Although these children are more likely to have endured one or more adverse childhood experiences and the grandparents themselves often face extra health and socioeconomic hurdles, our findings suggest they appear to be coping well," added Adesman.

The researchers analyzed and compared 2016 National Survey of Children's Health data from 44,807 parent-led households and 1,250 grandparent households. They determined that caregivers raising their grandchildren were more likely to have a greater number of physical and mental health problems, have household incomes at or below the federal poverty line, have lower levels of education, and be single.

In addition, the grandchildren they were raising were more likely to become angry and anxious with transitions, lose their temper and have other behavioural issues.

"This was not surprising since we know that children in non-parental care are likely to have experienced more adverse childhood experiences and have an increased risk of behavioural problems as a result," said abstract co-author Sarah Keim, PhD.

However, Keim said, grandparents and parents showed no difference when asked if the child "does things that really bother" them, is "harder to care for" than peers, or if they "felt angry with this child." In fact, grandparents and parents did not differ on most measures of parent coping, parenting stress, or caregiver-child interactions when stratified by child health and child age.

The study also found that a substantial proportion of both grandparent caregivers (31 per cent) and parent caregivers (24 per cent), reported that they did not have anyone "to turn to for day-to-day emotional support with parenting."

"Given that children being raised by their grandparents may pose greater behavioural challenges, and that nearly a third of the parenting grandparents reported they had no one to turn to for day-to-day emotional support with parenting, paediatricians and other health professionals caring for 'grandfamilies' must be mindful of these issues and be ready to refer families to counselling when needed, as well as refer them to support groups locally and online," Dr. Adesman said.