Global warming can be the cause of declining insect populations 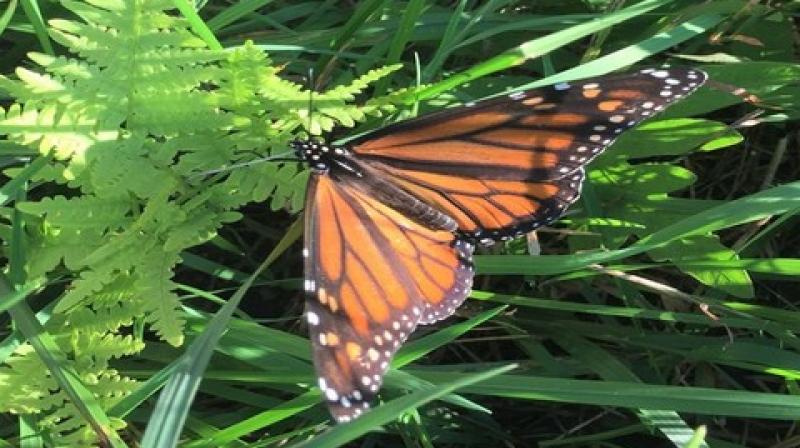 The team has published its analysis in the scientific journal -- Nature. (Photo: ANI)

Washington: Various studies have earlier demonstrated that there are fewer creatures chirping, buzzing, creeping and fluttering in German meadows. And now a recent study reveals many insect species have decreased by one third, affecting the grasslands.

"Previous studies, however, either focused exclusively on biomass, i.e. the total weight of all insects, or on individual species or species groups. The fact that a large part of all insect groups is actually affected has not been clear so far," said Dr Sebastian Seibold, a scientist with the Terrestrial Ecology Research Group at TUM.

In a large-scale biodiversity study, an international research team headed by scientists at TUM surveyed a large number of insect groups in Brandenburg, Thuringia and Baden-Wurttemberg between 2008 and 2017.

Now the team has published its analysis in the scientific journal -- Nature. The researchers collected more than one million insects at 300 sites. They were able to prove that many of the nearly 2700 investigated species are in decline. In recent years, certain rare species could no longer be found in some of the regions studied.

Both in forested areas and grasslands, the scientists counted about one third fewer insect species after 10 years. "Before our survey, it was unclear whether and to what extent forests were affected by the insect decline as well," said Seibold.

Since 2008 they measured a decrease of approximately 40 per cent in insect biomass in the forests they studied. In grasslands the results were even more alarming: at the end of the study period, the insect biomass decreased to only one-third of its former level.

"A decline on that scale over a period of just 10 years came as a complete surprise to us - it is frightening but fits the picture presented in a growing number of studies," said Wolfgang Weisser, professor of Terrestrial Ecology at TUM and a co-initiator of the cooperative project.

Every type of forest and grassland site studied by the team was affected: sheep pastures, meadows that are mowed and fertilised three to four times per year, forestry dominated coniferous forests and even unused forests in protected areas. The researchers identified the biggest losses in grasslands surrounded by intensively farmed land, where the most heavily impacted species were those unable to travel far.

In the forested areas, by contrast, the hardest-hit insect groups were those that cover long distances. "To decide whether it is a matter of the more mobile forest-dwelling species having more contact with agriculture, or whether it has something to do with living conditions in the forests, further study will be needed," said the former TUM researcher Dr Martin Gossner.

"Current initiatives to address insect losses are overly concerned with the cultivation of individual plots of land and operate independently of one another for the most part," said Dr Seibold. "To stop the decline, however, our results indicate that more coordination is needed at the regional and national levels."