Here’s how you can make your child eat veggies 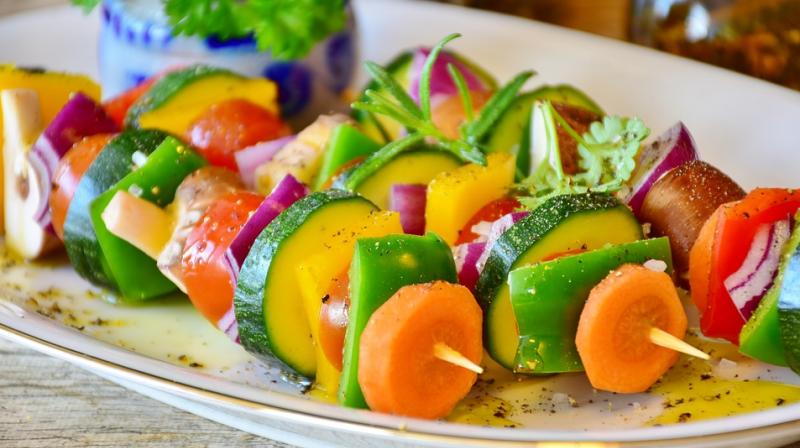 On average, kids served themselves about 44 grams of vegetables each day with the experimental plates, compared with about 30 grams with regular plates, the study found. (Photo: Pixabay)

Handing kids plates with pictures of fruits and vegetables may nudge them to serve themselves more of these foods and eat more of them, too, a small experiment suggests.

Researchers conducted the experiment at a preschool in Colorado. At lunchtime on three days in one week, they gave 325 children plates with compartments that had pictures of fruits and veggies, and they observed how much kids put on their plates and ate. Then they compared those days to three days in a previous week when kids ate with their usual plain white plates.

“Pictures on lunch plates may indicate a social norm of vegetable and fruit consumption to nudge children’s dietary behaviours in a classroom setting,” said study co-author Emily Melnick, of the University of Colorado Denver.

“So, these pictures suggest that other children take fruits and vegetables from classroom serving bowls and place them in those compartments and that they should do the same,” Melnick said.

The kids in the study, like children in many preschool classrooms, ate family style meals because this type of dining can encourage kids to regulate their own food intake, feel in control of their food choices, recognize their hunger levels, and learn about food, Melnick said.

Before the experiment, researchers weighed exactly how much fruit and vegetables children served themselves on plain white plates during three school days over the course of one week.

For the experiment week, researchers gave children a five-minute presentation explaining the new plates with pictures showing sections for fruits and vegetables at the start of the week. Then children were given the same meals they had before the experiment, and researchers again weighed how much children served themselves and how much they ate.

While the kids increased both the amount of fruit and vegetables they added to their plates and ate, the difference in fruit consumption was too small to rule out the possibility that it was due to chance.

It’s possible this is because kids were eating so much more fruit than vegetables to begin with, researchers note in JAMA Pediatrics. At the start of the study, children took about 89 per cent of fruits available, compared with about 65 per cent of available vegetables.

It’s also unclear if this classroom experiment could be replicated with family meals at home or lead to lasting, long-term changes in children’s eating habits, said Vandana Sheth, a spokesperson for the Academy of Nutrition and Dietetics and a dietician and nutritionist in private practice in Los Angeles.

“If this is repeatable at home, it can be a simple technique practiced by families and have a significant impact on their long-term health,” Sheth, who wasn’t involved the study, said by email.

“We know that early childhood dietary behaviours can affect their food choices and eating decisions into adulthood and have a long-term effect,” Sheth added. “If something as simple as putting pictures on plates to encourage food choice and amount can work, it’s worth a try.”