'Slow but sure' progress toward less toxic tools to fight cancer

An immunotherapy treatment is highly effective in a minority of patients. 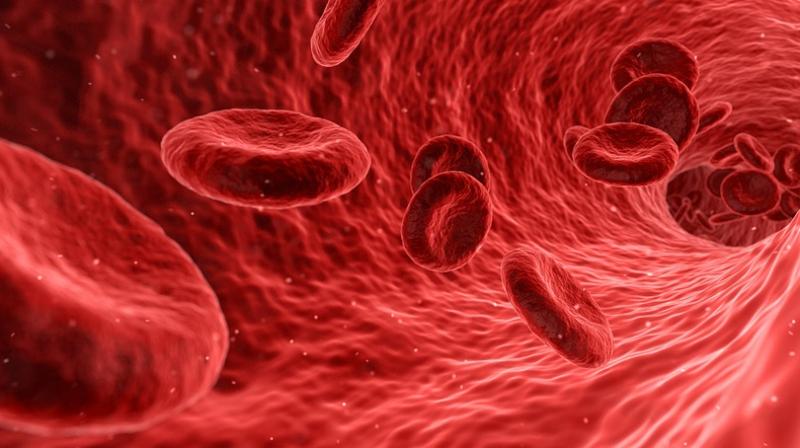 BALTIMORE: John Ryan is just one of the miracles to emerge from the Johns Hopkins cancer unit in Baltimore. An immunotherapy treatment -- highly effective in a minority of patients -- saved his life after a lung cancer diagnosis.

The retired military nuclear reactor specialist will celebrate his 74th birthday in July, and his battle with cancer illustrates the promises and failures of immunotherapy, a burgeoning field in which the pharmaceutical industry is investing heavily. Ryan has been able to attend the graduations of three of his children, and will take part in the wedding of one of his daughters this summer -- even though doctors expected he had just 18 months to live in June 2013.

"That's exciting stuff to be around for," he said. But he knows of plenty people who have not been so lucky.  "In five years, I have lost a lot of dear friends.

Immunotherapy is one of two major categories of drugs against cancer. The best-known is chemotherapy, which has been used for decades and aims to kill tumors but is so toxic that it also attacks healthy cells, leading to major side effects like weakness, pain, diarrhea, nausea and hair and weight loss.

Ryan went through all that in 2013, and his tumor persisted. Exhausted by chemo and wracked with pain, Ryan was accepted into a last-ditch clinical trial using nivolumab (brand name Opdivo) in late 2013. The drug was delivered intravenously at the hospital, at first every two weeks, then once a month. His tumor rapidly disappeared, and 104 injections later, the main side effect has been itching.

Recently, a mysterious mass appeared in his right lung. It was treated with radiation. "They shot me with chemo, it almost killed me. And now I have been sucking up immunotherapy, and it's been good. My quality of life has been great," said Ryan.

Immunotherapy trains the body's natural defenses -- immune cells, also known as T-cells -- to detect and kill cancer cells, which otherwise can adapt and hide. Some experts are cautious, having been disappointed numerous times by other newfangled approaches to fighting cancer. But many consider immunotherapy as a turning point. More than 30 immunotherapy drugs are in development, and 800 clinical trials are underway, according to Otis Brawley, medical director of the American Cancer Society.

Ryan's oncologist, Julie Brahmer, said she now starts about a third of her lung cancer patients on immunotherapy first, not chemo. It helps that the Baltimore facility has numerous clinical trials under way, far more than the average US hospital.

Doctors are intrigued by the unusually long remissions seen in a small number of patients like Ryan. These success stories make up about 10 to 15 percent of patients, said William Nelson, director of the Sidney Kimmel Comprehensive Cancer Center at Johns Hopkins.  Normal remissions typically last a year and a half to two years. Chemotherapy and radiation are still the most dominant tools. But in recent years, a series of clinical trials have shaken up the cancer world, showing it was possible to better treat and even cure some of the most difficult forms of cancer without resorting to the most toxic techniques.

A spectacular example concerns prostate cancer. Researchers have found that recommendations of regular screening had the opposite effect of what was intended: too many tumors that would never have spread were were being treated in operations.

Regarding breast cancer, a major study published in early June at the American Society of Clinical Oncology conference showed that for tens of thousands of women, surgery and hormone therapy were enough to keep cancer away. Chemotherapy was being given unnecessarily, they found, in a finding that surprised the cancer community.

Meantime, genetic analyses are becoming ever more common for tumors, allowing more precise and rapid treatments for patients.  Johns Hopkins has a genomic lab specially designed to help doctors personalize patient treatments, rather than basing treatment simply on the location of the tumor. "At this point we have better and better tools to say, 'Yes, he needs to be treated, you don't,'" said Nelson.

Some cancers, including brain cancer, remain on the margin of these new treatments. But for leukemia, breast, lung, cervical, colon and rectal cancer, as well as the serious skin cancer known as melanoma, immunotherapy and other personalized treatments are making progress "slowly but surely," said Nelson.

For oncologist Julie Brahmer's part, she hopes that one day, metastatic cancers -- those that can spread to points distant from the site of origin -- will be treated like a "chronic disease," rather than a death sentence. John Ryan has a simpler objective in mind. "My goal is to die of something other than lung cancer," he said.