With rapid proliferation of craft beer in India, youngsters know that there is lot more to the world of beer than just mass produced lager. 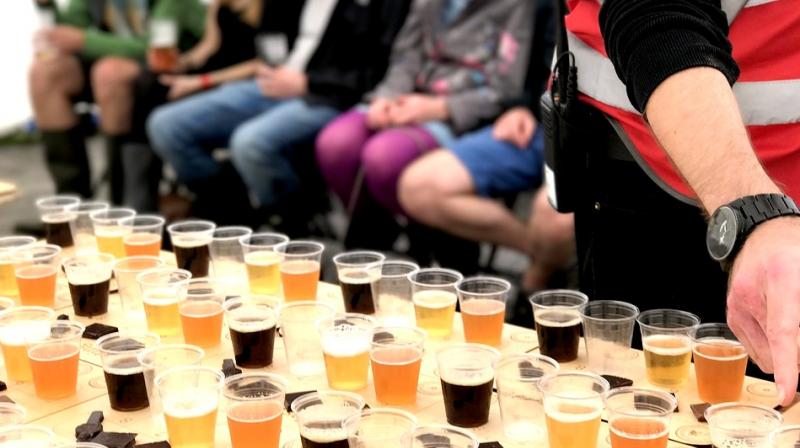 Today, India has an enitire portfolio of craft beer flowing not just on tap at a handful of brewpubs but more so in bottles and cans at thousands of bars and retail stores nationwide. (Photo: Representational/Pixabay)

Mumbai: Let me paint you a picture of our millennial consumer today: perpetually bored by the status quo; always excited to try new things; astonishingly plugged into what’s happening all over the globe – and as a consequence of it all – a tad bit harder to please.

I Want the Good Stuff

Young India wants the good stuff.  It isn’t settling for a single dominant brand of mass-produced chocolate, coffee or cheese (like its earlier generations had to).  And our millennial consumer most certainly isn’t settling for any run-of-the-mill commercial beer.

I Want a Whole Lot of It

What’s particularly fascinating about this phenomenon is the magnitude of change it is bringing to beer consumption in India.  We have over 400 million millennial consumers in our country today.  They constitute a staggering 45% of our wage-earners.  And this Demographic Dividend – that drives many a complex argument on long-term economic growth and prosperity – also lends itself to excitement over lighter subjects.

Premiumisation of consumption is rampant.  And the demand for good beer is going through the roof.  I saw the same (beer-boom) as a grad student in Boston in 2006/2007 that inspired me to come back to India and build a craft beer company here.  And lo-and-behold, we are now witnessing the same surge first-hand with all of our White Owl brands across the country.  A few years ago, Red Ales and Wheat or Cider beers were looked at curiously; bland commercial lager remained the only familiar territory.

What is Good Beer?

To connect the dots, let’s be clear on what good beer really means.  It’s actually quite simple.  Good beer uses better ingredients.  For example, high quality Malted Barley (that creates crisp, robust flavours) and not cheaper grain-substitutes or “adjuncts” (check your bottle label the next time for ingredients like rice, corn & maize; these are lower-cost adjuncts typically found in commercial beer).  Moreover, the brewing process for good beer is patient.

Yeast is allowed to ferment at ease, eating away at rich malt sugars and producing purer alcohol & cleaner flavours.  We don’t impose a militant deadline on our Yeast to finish its job (as is done in a commercial brewery).  Consequently, the end product is vastly superior.  Both in its richness of flavour and aroma.  Think of a juicy burger made at your favourite gastro-pub versus one you get a fast food chain.  Once you taste the good stuff, it’s quite hard to go back.

Why Good Beer is Here to Stay

Our equation is now almost complete: on the one hand, we have a massive, young, empowered consumer base – endlessly searching for better products; and on the other, a growing proliferation of good craft beer nationwide.  Can this story get any better?  It does.  Good beer in India is not expensive; it’s priced at only a marginal premium to its mass-produced counterparts.

Simply because craft beer companies don’t need to provide for massive marketing budgets as do large commercial incumbents; their entire investment is in the beer itself.  As a consequence, the value proposition of good beer to the end-consumer is now even more compelling (internally, we refer to it as an “absolute no-brainer”).

We also see the impact of the resultant consumer pull when we make sales pitches to our channel partners and investors; we no longer need to explain what craft beer is at all (which certainly wasn’t the case a couple of years ago).

Funnily enough on the other side of the globe, just last week, the world’s largest commercial beer maker publicly admitted that its ever-expanding portfolio of craft beer companies is now single-handedly driving its growth in its largest $100 billion+ market.  Whereas in our neck of the woods, this story is only just beginning.

*Disclaimer: This article has been contributed by Mr Javed Murad, Founder of craft beer-maker White Owl Brewery. The opinions expressed within this article are the personal opinions of the author. The facts and opinions appearing in the article do not reflect the views of Deccan Chronicle, and Deccan Chronicle does not assume any responsibility or liability for the same.