The father of the victim alleged, that the teacher asked her daughter to remove all her clothes including her undergarments. 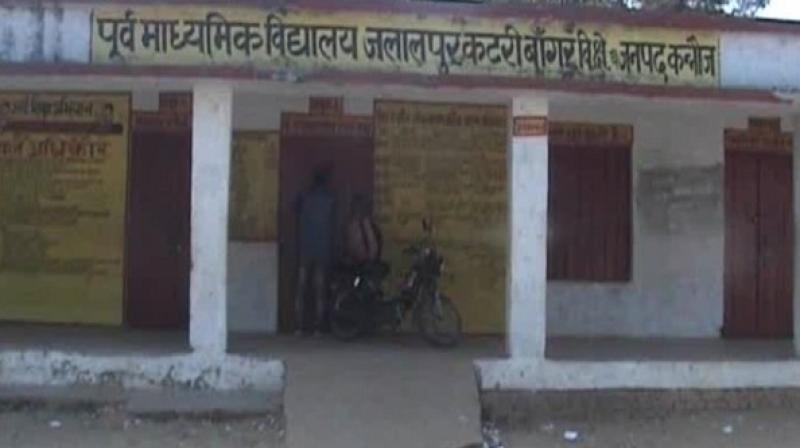 The incident came to the fore on Monday after parents of the victim registered a complaint with the police; the accused has been arrested already. (Photo: ANI)

Kannauj: A government school teacher in Uttar Pradesh's Kannauj has been arrested for allegedly stripping a class 8 student on the pretext of taking her measurements for a new uniform.

The incident came to the fore on Monday after parents of the victim registered a complaint with the police.

The father of the victim alleged, that the teacher asked her daughter to remove all her clothes including her undergarments.

"On the first day, my daughter told her mother that a teacher asked her to take off all the clothes, including her undergarments, saying that he needs measurement for the uniform. The girl started crying after this while the teacher asked her to not tell anyone about the incident," said the father.

The allegations have been confirmed by other students of the school, said the police.

"The parents of a child, studying in a government school, said that one of her teachers stripped her on the pretext of taking measurements for her uniform.  The girls in the school have also alleged that this is not the first time this teacher has done something on these lines. The teacher has been arrested," said Superintendent of Police Keshav Chandra Goswami.

A case has been registered and further investigation is on.