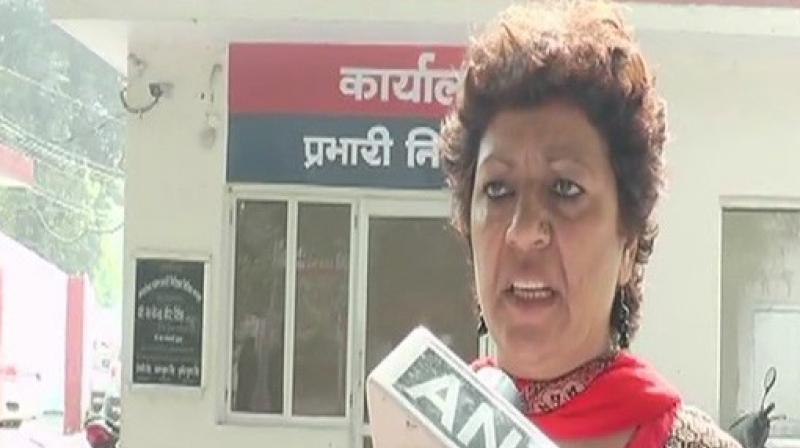 The lady who has been identified as Yaseem Khalid said that she along with her children will commit suicide if justice is not delivered. (Photo: ANI)

Aligarh (UP): A case has been registered against Khalid Bin Yusuf Khan, a Sanskrit Professor in Aligarh Muslim University after his wife accused him of divorcing her through triple talaq.

The lady who has been identified as Yaseem Khalid said that she along with her children will commit suicide if justice is not delivered.

This incident comes to two months after Supreme Court of India pronounced triple talaq as 'unconstitutional'.

Speaking to ANI, Khalid said first she was given talaq via text and then verbally when she met him for compromise.

"On 30th October, he gave me talaq via a text, again on 8th November he verbally gave me talaq when I and children went to him to seek his help," Yaseem Khalid said.

Yaseem also alleged that her husband locked all the doors of the house they were staying in.

Yaseem also revealed the reason behind the entire dispute and said, "My husband helped someone get a job in the University. So the students in the Department wrote a letter to the Vice-Chancellor which he accused me of writing," Yaseem said.