The mother of the victim found her unconscious and the bed sheet stained with blood. 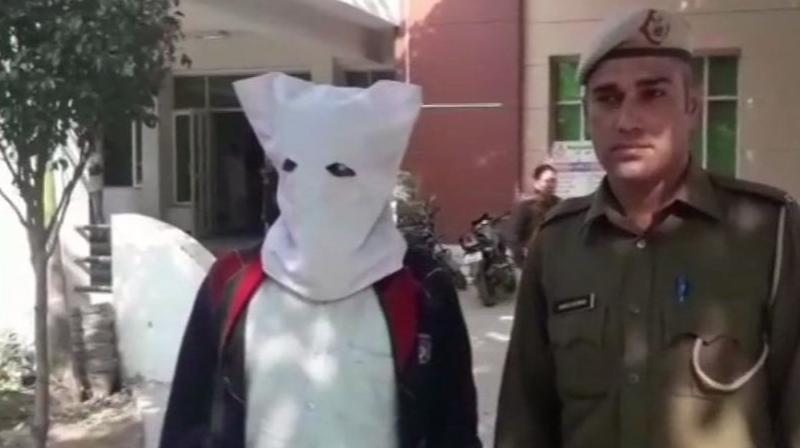 The man was caught on Friday morning and has been booked under POCSO Act and relevant sections of the Indian Penal Code, police said. (Photo: ANI)

Gurgaon: A man accused of raping his three-year-old daughter was arrested from Gurgaon on Friday, a police officer said.

The incident took place on the night of October 28 when his wife left his house after a quarrel. He was in an inebriated state, Assistant Commissioner of Police Shamsher Singh said.

Following the quarrel, the woman went to her relatives place with her one-year-old daughter and left the elder in the house, he said.

Finding the girl alone, he raped her, Singh said, adding that when the wife returned home the next day, around 10 am, she found her "daughter unconscious and the bed sheet stained with blood".

The man had fled the house. Police registered a case based on the woman's complaint, he said.

"The girl was taken to a hospital. Doctors of the hospital confirmed sexual assault after medical checkup. The victim's condition was critical and hence, she was referred to Delhi's Safdarjung hospital," Singh said.

The man was caught on Friday morning and has been booked under POCSO Act and relevant sections of the Indian Penal Code, he said.

The officer said the man is a resident of Kasganj in Uttar Pradesh.