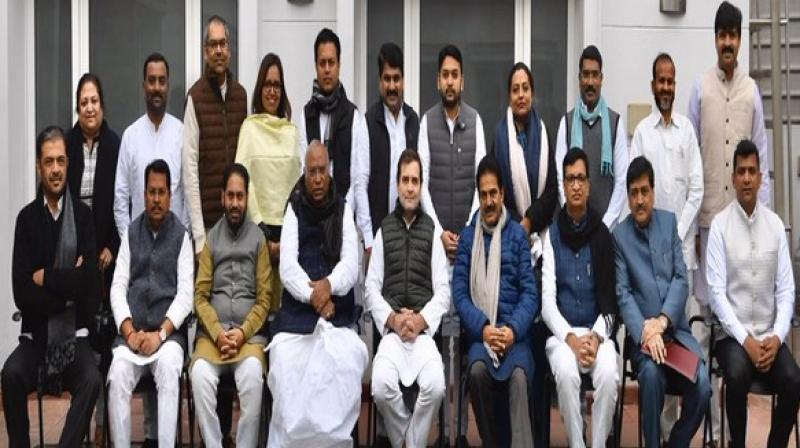 New Delhi: A meeting between Congress leader Rahul Gandhi and party ministers in Maharashtra government was held at the New Delhi residence of Congress leader on Tuesday.

Following a meeting with Rahul, Congress leaders from Maharashtra are expected to pay a courtesy visit to party interim president Sonia Gandhi.

The meetings come a day after a total of 36 leaders from Shiv Sena, Nationalist Congress Party (NCP) and Congress, including Ajit Pawar and Aaditya Thackeray, on Monday took oath as ministers in the Maharashtra government.

Congress leaders Ashok Chavan, Dilip Walse-Patil, Dhananjay Munde, Sunil Chhatrapal Kedar and KC Padavi sworn-in as ministers the Maharashtra Cabinet. However, they are yet to be assigned portfolios.

On November 28, Uddhav Thackeray took oath as Chief Minister bringing an end to weeks of political instability in the state's politics after Shiv Sena, NCP and Congress stitched a post-poll coalition as Maha Vikas Aghadi.

Six other ministers -- two each from NCP, Congress, and Shiv Sena took the oath of office.