The attacker and his accomplices have not yet been identified by police officials yet. 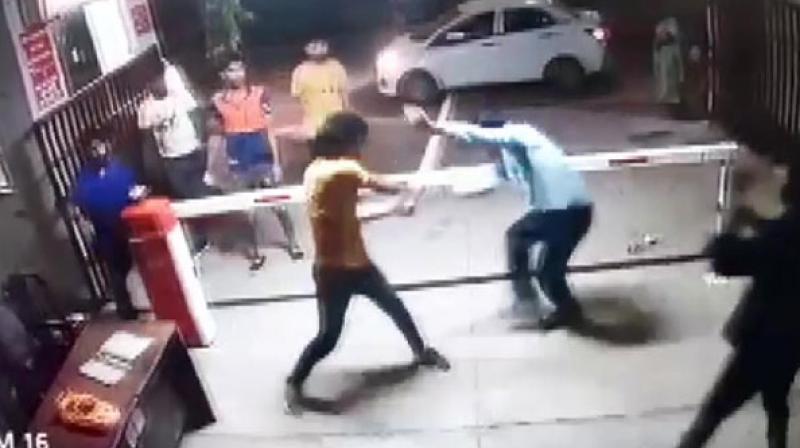 Dressed in a mustard yellow T-shirt, the perpetrator destroyed a slip vending machine and smashed the glass of the security station room. (Photo: ANI)

Ghaziabad: A CCTV footage recorded four security guards being thrashed by a single assailant along with a dozen accomplices in Ghaziabad.

The attacker and his accomplices have not yet been identified by police officials yet. The assailant attacked the security guards on Sunday night at 9:30 pm.

Dressed in a mustard yellow T-shirt, the perpetrator destroyed a slip vending machine and smashed the glass of the security station room.

A complaint has been registered in the Vijaynagar 'Thane'. No arrest has been made so far in this regard.

When the attack took place one of the security guards attempted to stop the assailant from injuring other guards but his efforts were futile.

The security guards then ran for their life seeing that nothing more could be done to stop the furious assailant.

Apart from the prime assailant, there were a dozen other accomplices present at the scene of the crime.