The engine and 9 coaches of the express derailed in the wee hours on Wednesday when it rammed into a dumper. 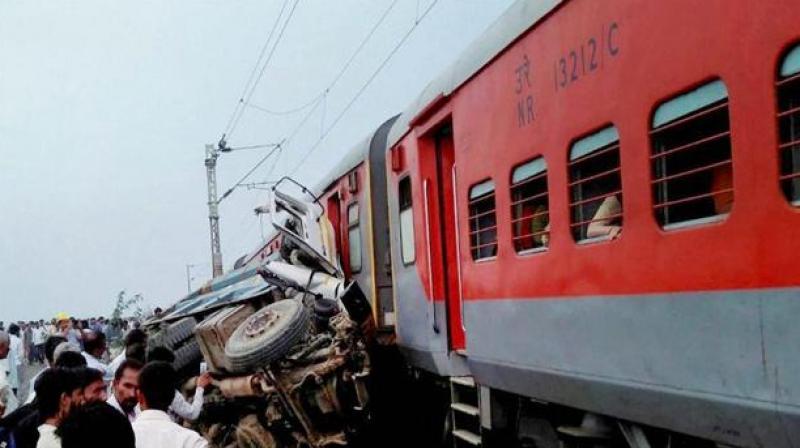 Kaifiyat Express was running at 105 kms per hour when the collision took place early on Wednesday. (Photo: PTI)

New Delhi: A case has been registered with the Government Railway Police (GRP), Etawah against accused dumper driver and contractor Alok Dubey of Raj Construction Company, in connection with the Kaifiyat Express derailment.

Kaifiyat Express derailed in Auraiyya district of Uttar Pradesh in the wee hours of Wednesday, injuring 74 passengers, of whom four are reportedly in critical condition. However, latest agency reports said around 100 people have been injured.

The engine and nine coaches of the Kaifiyat Express, which runs between Azamgarh and New Delhi, derailed at 2:50 am between Achlada and Pata village when the train rammed into a dumper. The train was running at 105 kms per hour when the collision took place.