Advocates said the verdict's impact on the Aadhaar scheme could be assessed once the full judgement is examined. 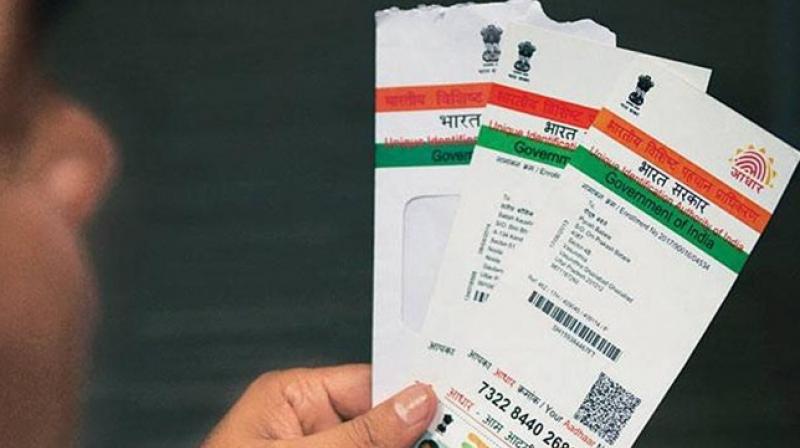 In a decision that will affect the lives of all Indians, the Supreme Court on Thursday unanimously declared that the right to privacy was a Fundamental right under the Constitution. (Photo: PTI/Representational)

New Delhi: The landmark verdict of the Supreme Court declaring Right to Privacy as a fundamental right was welcomed by jurists and senior advocates as "progressive" on Thursday.

They, however, said the verdict's impact on the Aadhaar scheme could be assessed once the full judgement and reasons given by the court are examined.

Lauding the unanimous verdict of the nine-judge bench, senior advocate Soli Sorabjee said it showed the "good approach" of the Supreme Court which does not hesitate in overruling its previous judgements.

The former Attorney General said, "It is a very progressive judgement and protects the fundamental rights of the people. Privacy is a basic right which is inherent in every individual."

"The unanimity of the bench in giving this decision shows a good approach. Any judgement which enlarges the fundamental rights of the people should be welcome," he added.

Expressing hope that the citizens of India would now be protected from any kind of snooping, senior advocate Indira Jaising said, "It is a day to celebrate."

"Privacy is fundamental. It certainly has an impact on day-to-day life. This verdict prevents any kind of snooping," she said.

On being asked about the consequences on Aadhaar, Sorabjee said the reasoning of the apex court needs to be examined and one could not say that Aadhaar would now be banned.

"You cannot make a blanket and categorical statement that Aadhaar will be banned or is unconstitutional. No fundamental right is absolute. It is always subject to reasonable restrictions," Sorabjee said.

Jaising too said the impact it would have on Aadhaar was a separate issue but privacy could not be compromised after this verdict.

Welcoming the decision, BJP spokesperson and senior advocate Aman Sinha, termed it a "good verdict" but with reasonable restrictions.

"We welcome this judgement. This is a good verdict. The Supreme Court has declared Right to Privacy falls under Article 21 of the Constitution. But like other Fundamental Rights, this is also subject to reasonable restrictions. We are awaiting the full judgement," Sinha said.

In a decision that will affect the lives of all Indians, the Supreme Court on Thursday unanimously declared that the right to privacy was a Fundamental right under the Constitution.

A nine-judge constitution bench headed by Chief Justice J S Khehar ruled that "right to privacy is an intrinsic part of Right to Life and Personal Liberty under Article 21 and entire Part III of the Constitution".