'Govt has been of view, particularly with regard to Aadhaar, that Right to Privacy should be fundamental right,' he said. 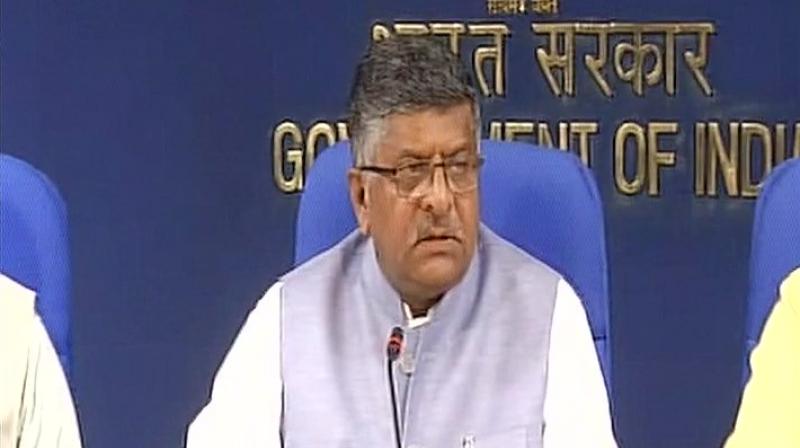 The Minister of Law and Justice, Ravi Shankar Prasad, said the government has been of view that Right to Privacy should be fundamental right. (Photo: Twitter | ANI)

New Delhi: The Minister of Law and Justice, Ravi Shankar Prasad, on Thursday said the NDA-led government at the Centre has welcomed the Supreme Court's ruling that right to individual privacy is a fundamental right under the Constitution.

“Government welcomes judgement. Government has been of view, particularly with regard to Aadhaar, that Right to Privacy should be fundamental right,” Prasad said.

However, the law minister added that the Supreme Court has said right to privacy is not absolute and is subject to reasonable restrictions.

“Since morning Congress is targeting us and Left has also joined them. What is the Congress' record of protecting individual liberty?” Prasad asked.

In a landmark verdict, a 9-judge bench of the Supreme Court ruled Thursday that "right to privacy was an intrinsic part of Right to Life and Personal Liberty under Article 21 and entire Part III of the Constitution".