UP: Police issues 'wanted' posters of anti-CAA rioters in Meerut

Police said that more than 100 rioters have been identified through videos and CCTV footage. 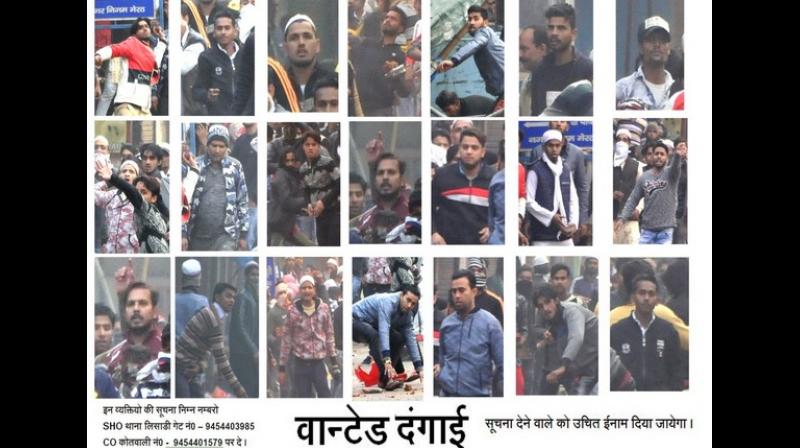 The posters of 'wanted rioters' also say that people who provide information that will lead to arrests will be rewarded. (Photo: ANI)

Meerut: In a bid to nab those who led the violence in the city during a protest against the newly-enacted citizenship law, police on Monday issued posters with pictures of the rioters.

The posters of "wanted rioters" also say that people who provide information that will lead to arrests will be rewarded.

Police said that more than 100 rioters have been identified through videos and CCTV footage.

The identity of the informant will be kept a secret, police said.
According to sources, police are considering a Rs 5,000 reward on information leading up to the arrest of a rioter.

Additional Director General (ADG) Prashant Kumar has said that around 250 arrests have been made in the Meerut zone.
In the violent protest which erupted in Meerut last week, two persons were killed and a police post was set on fire.

As many as 15 people have died in police-protesters clashes against the Citizenship (Amendment) Act, 2019, which erupted in different districts of Uttar Pradesh including Meerut, Bahraich, Bareilly, Varanasi, Bhadohi, Gorakhpur, Sambhal, etc.