Supreme Court lawyer Runa Bhuyan has filed a complaint with the National Commission for Protection of Child Rights against Papon. 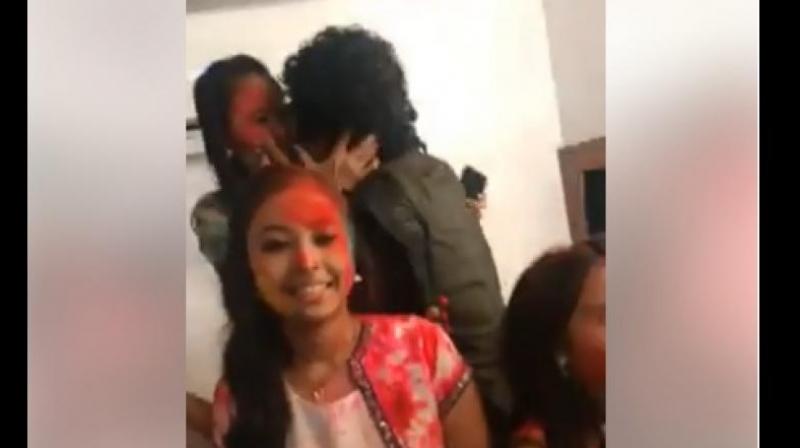 In a video that has gone viral, Papon can be seen applying colour to a contestant's face and planting a kiss on her lips, leaving her stunned. (Screengrab | Facebook @AngaraagPAPONMahanta)

Mumbai: A harassment complaint has been filed against singer-composer Papon during a Holi celebration with contestants of a music reality show he is judging. He has been charged with "inappropriately kissing" a minor.

In a video that has gone viral, Papon can be seen applying colour to a contestant's face and planting a kiss on her lips, leaving her stunned.

Supreme Court lawyer Runa Bhuyan has filed a complaint with the National Commission for Protection of Child Rights against Papon under the Protection of Children from Sexual Offences Act (POCSO) Act saying that the singer has "committed sexual assault".

Papon is currently one of the judges on Voice India Kids 2018 along with singers Shaan and Himmesh Reshammiya.

On Tuesday, he went live on his Facebook page. After a rendition of Holi staple Rang Barse, he approaches the girl, smears colour on her face and kisses her.

"I am shocked to see the behaviour of the said singer Angarag Papon Mahanta towards a minor girl where he is seen to be applying colors on a minor girl and inappropriately kissing the said girl. On seeing the video, I am seriously concerned regarding the safety and security of minor girl participating in reality shows across India," her complaint said.

She also suggested that guidelines need to be set up to protect children from "such assaults" in reality shows.

The police are yet to file a case against him. 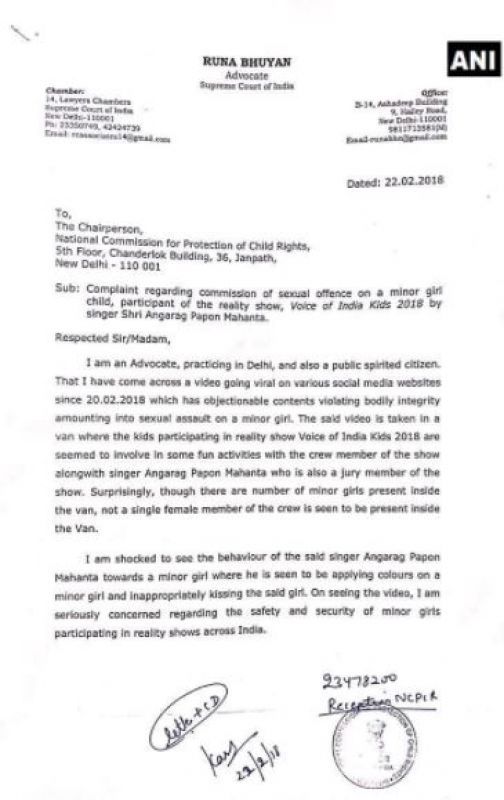 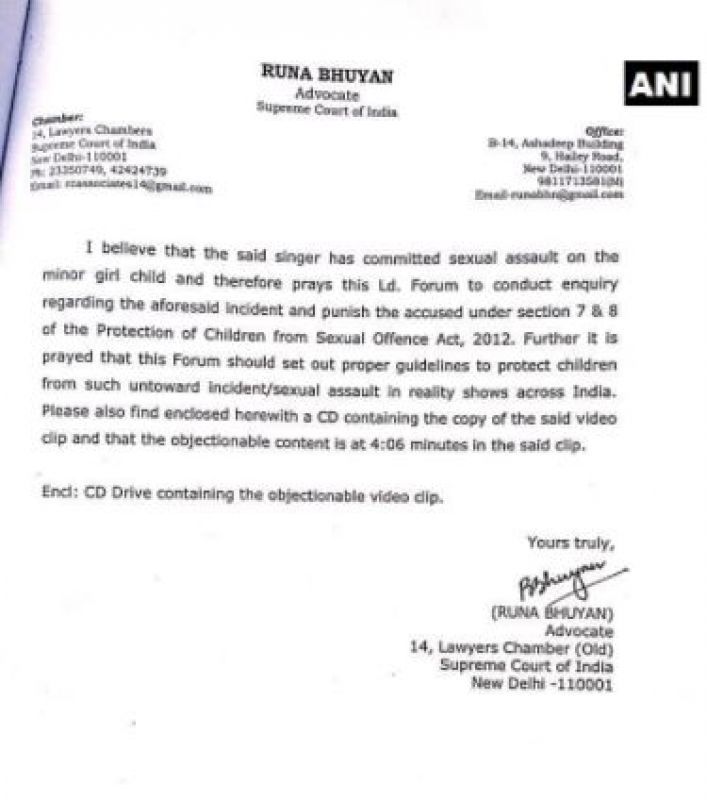