Another group, Dravidar Viduthalai Kazhagam, is also planning to besiege the house of Rajinikant since he has refused to apologise for his remarks. 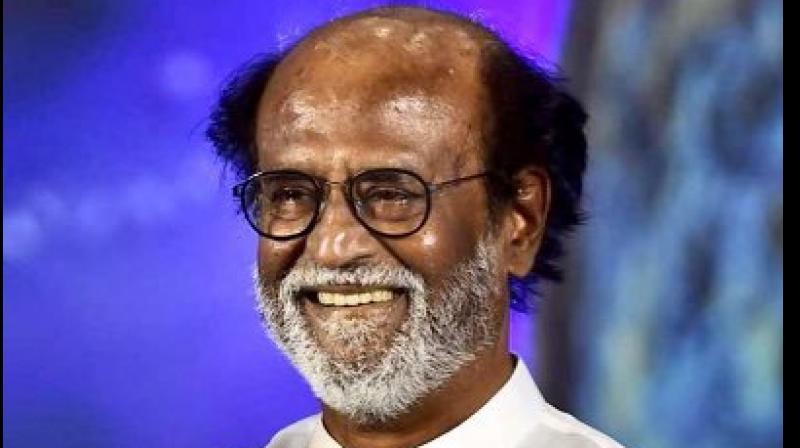 Chennai: A week after making a statement against the founder of the Dravidar Kazhagam, Periyar E.V. Ramasamy that stirred a controversy, actor Rajinkanth refused to tender an apology, as demanded by followers of Periyar, who threatened to besiege his house, on Tuesday.

Just as a group of around 100 activists belonging to the Thanthai Periyar Dravidar Kazhagam were preparing themselves to march to the actor’s house in Poes Garden to stage a demonstration on Tuesday morning, Rajinikanth called for a meeting with media persons outside the gates of his house.  He said he would not apologise for what he had said against Periyar at the golden jubilee celebrations of Thuglak magazine on January 14 in Chennai. The actor said he had spoken only what he had heard and read, citing a reference to an article in an English magazine.

The article dated 20 November, 2017 on the arrest of a cartoonist in Tamil Nadu has a line that reads: ‘Thuglak, edited by Cho Ramaswamy, came under fire for publishing photographs of a Dravidar Kazhagam’s procession in Salem that had depicted Gods Ram and Sita in the nude with a garland of slippers around their neck.”

Dravidian activists, however, deny that Rama and Sita were depicted in the nude and that they were adorned with a garland of footwear. To prove the point, they released an audio of Periyar’s speech on the Salem episode in 1971 and also explained the sequence of events.

Periyar had organised a ‘superstition eradication conference’ at Salem in 1971 when the late M. Karunanidhi was to face his first general election for the State Assembly as the President of DMK. As part of the conference, a rally was held in which banners and placards with scenes from the Hindu epics that may be interpreted as perpetuating superstitions were carried by the marchers.

According to Periyar, a group going by the name ‘Temple Protection committee’ also marched alongside, holding black flags when a piece of footwear landed on the marching Dravidar Kazhagam crowd. It was aimed at Periyar but it fell on one of the followers, who picked it up and started beating one of the images of Lord Rama in the banners.

Dravidar Kazhagam leader K Veeramani has said that that event made it to the cover of the subsequent issue of Thuglak magazine, which carried a cartoon depicting Periyar beating an image of Rama and Karunandhi standing by his side, exulting over it. Below that cartoon was a caption ‘Is your vote for those who beat Rama with chappals.’

What the followers of Periyar have been objecting since January 14 is the wrong narrative of the Salem event of 1971 saying that the images were in the nude and that a garland of footwear adorned the images. They claim it was a wrong propaganda that was started soon after the incident and is still being carried out by people like Rajnikanth.

Since Rajnikanth dug his heels in, earning applause from a host of BJP supporters, a petition was filed in the Madras High Court, seeking a direction to the police to take action against Rajinikanth for his ‘false’ statement on Periyar followers.

Earlier in the day, when the members of the Thanthi Periyar Dravidar Kazhagam tried to march into Poes Garden from Cathedral Road, they were stopped by police. When they insisted on going ahead, they were taken into custody.

Another group, Dravidar Viduthalai Kazhagam, is also planning to besiege the house of Rajinikant since he has refused to apologise for his remarks. However, support has poured in for Rajnikanth from his fans and top BJP supporters through Twitter. Dr Subramanian Swamy tweeted, ‘For a change I am on the side of Rajikant….. If the cine actor stays firm I will back him in courts if he wants.

Present editor of Thuglak S. Gurumurthy said, “For exposing the anti-national DK which is functioning in the garb of anti-Hindu ideology, TN should be grateful to Rajanikanth.”