Lanka President Gotabaya to meet PM in Delhi on November 29

The reference to “security” by India is again being seen as significant. 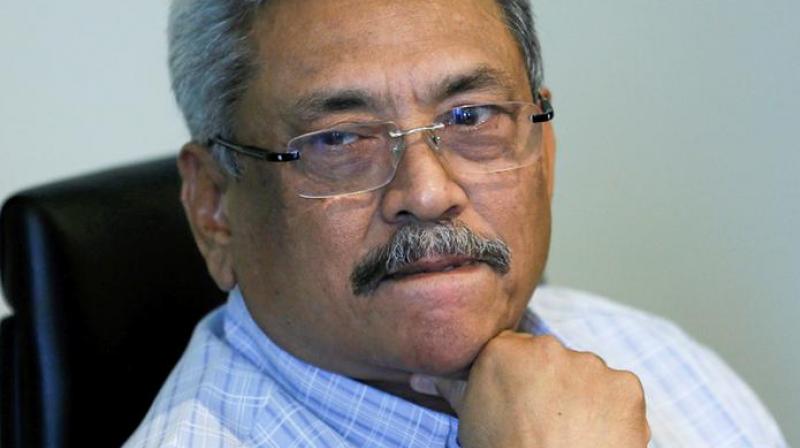 New Delhi: Sri Lanka’s new President Gotabaya Rajapaksa will visit India on November 29, with New Delhi swiftly extending an invitation to him on Tuesday in person through external affairs minister S. Jaishankar in Colombo. The minister, who rushed to Sri Lanka on a two-day visit starting Tuesday, met the Sri Lankan President and conveyed Prime Minister Narendra Modi’s “message of a partnership for shared peace, progress, prosperity and security” while expressing confidence that under Mr Rajapaksa’s leadership, India-Sri Lankan ties would reach “greater heights”. He also tweeted that the Sri Lankan President had accepted Mr Modi’s invitation to visit India on November 29.

The reference to “security” by India is again being seen as significant. Sri Lanka had suffered terror attacks earlier this year and had failed to prevent it despite advance intelligence warnings from New Delhi. But the other interesting aspect remains New Delhi’s security concerns, particularly regarding the issue of the earlier movement of Chinese submarines in Sri Lankan waters a few years ago.

Mr Jaishankar’s swift visit is being seen as extremely significant, given China’s increasing influence in Sri Lanka over the years and the perceived proximity of the Rajapaksa brothers to China earlier. It may be recalled that during the presidency of the current President’s brother Mahinda Rajapaksa earlier, Sri Lanka had grown extremely close to China.

News agency reports from Colombo earlier Monday had indicated Mr Gotabaya Rajapaksa had delivered a measured speech at his swearing-in, saying his nation would maintain friendly ties with all countries, and be neutral in matters involving international powers in order to stay out of conflicts.

On Sunday, Mr Gotabaya Rajapaksa assured India he would work closely with it to ensure “development and security”, during a phone call made by Mr Modi to congratulate him on his spectacular electoral win. Mr Modi had then invited Mr Rajapaksa to visit India, and the invitation had been accepted.

During the presidency of Mahinda Rajapaksa a few years ago, Chinese submarines were found moving in Sri Lankan waters and India expressed its concerns at that time. India is hoping to stave off any renewed pronounced pro-China tilt now by Colombo through a policy of active engagement with Sri Lanka. New Delhi is undertaking development projects in the island nation, India’s maritime southern neighbour.