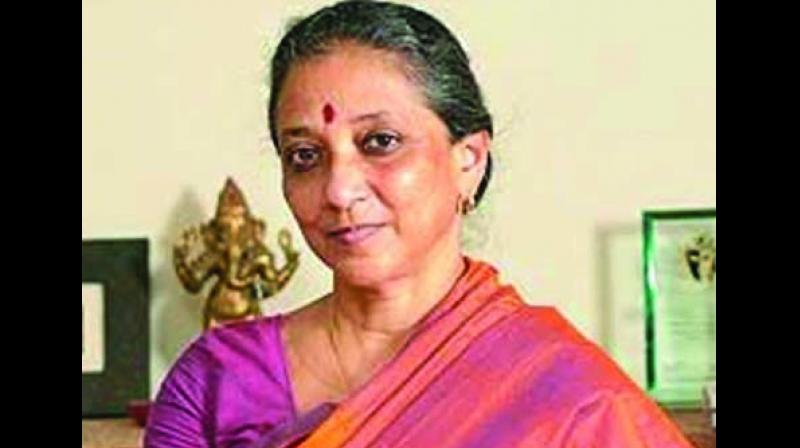 Sources said Ms Samson has been booked along with the then officers of the foundation, chief accounts officer T.S. Murthi, accounts officer S. Ramachandran, engineering officer V. Srinivasan and proprietor of M/S Centre for Architectural Research and Design (CARD) and Chennai engineers. The agency sleuths also conducted searches at premises of the accused. In a complaint to the CBI, the chief vigilance officer of the Union culture ministry alleged that the officials of the foundation awarded the contract for the renovation work to consultant architect CARD in violation of General Finance Rules (GFR), they added.

“Ms Samson, the then director—T.S. Murthi, then chief accounts officer—S. Ramachandran, accounts officer—V. Srinivasan, engineer officer of the Kalakshetra Foundation Chennai and Ravi Neelankandan, proprietor of CARD prima facie committed the offence by abusing of their official position in criminal conspiracy with each other which resulted in wrongful loss to Kalakshetra foundation and wrongful gain to themselves, which is punishable under section 120B (Criminal conspiracy) read with section 409(Criminal breach of trust by public servant) of IPC and two other provisions of Prevention of Corruption Act 1998”, said the FIR registered by the CBI.

Ms Samson was the director of the foundation between May 06, 2005, and April 30, 2012. It was felt in 2006 that the auditorium, built by the foundation in 1985, needed renovation, sources said. The project aimed to upgrade the sound system of the Koothambalam auditorium, built in 1985, followed by civil engineering works, electrical works, air conditioning and architectural features, the CBI FIR said. The 33rd governing body meeting held in 2009 decided to form a civil works advisory committee and P.T. Krishnan, Leela Samson and Madhavi Mudgal were to prepare necessary estimation based on the recommendations of the governing board, it said.

“Instead, approval of the Works Committee was obtained for two major expenditures in September and December 2011. She failed to place the CAG inspection report in the meeting of finance committee and general body meeting held on January 23, 2012, and January 24, 2012, respectively and kept these bodies under dark,” the agency has alleged.

NIA’s inquiry on DGP ‘as good as dead’, says Rahul